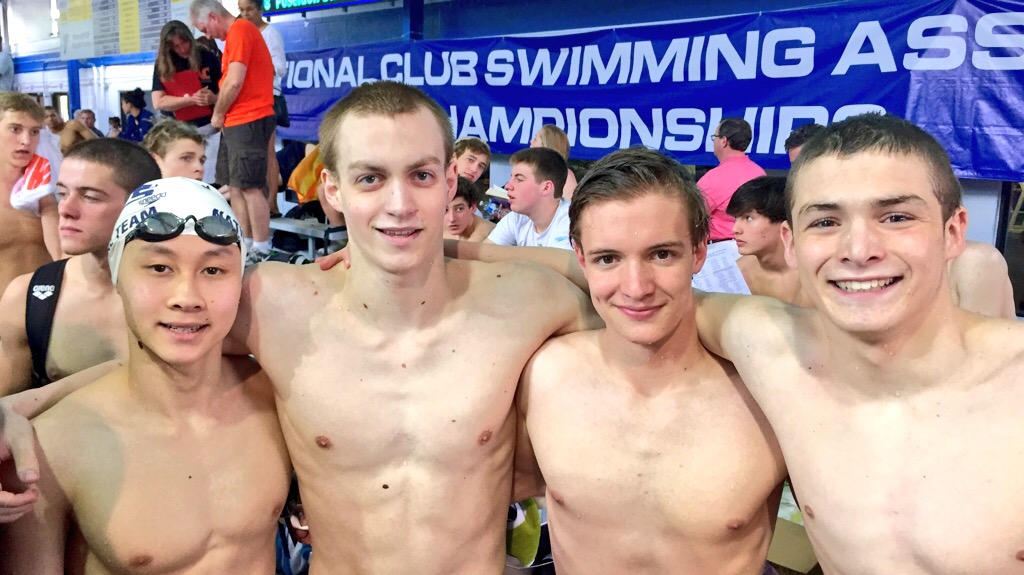 This past week, March 16-22, twenty Mason Manta Rays competed at the National Club Swimming Association Junior National Championships in Orlando.  This prestigious meet consisted of 2000 swimmers from over 350 teams from all over the USA.  To qualify for this meet, swimmers must have earned a NCSA junior national time standard.  This year’s team was our largest team ever.

This meet was also a national team selection meet.  The top two swimmers in each event were selected to represent Team USA in Dublin, Ireland on a ten day trip starting on April 26.   Team USA will consist of 26 men and 26 women (just like the Olympics) and will compete in an international championship competition.   If selected, all expenses including flight, Team USA outfitting, suits, food, and lodging are covered for the athletes.

While the Manta Rays’ meet was filled with highlights that will be sent out soon including many team & state records and personal best times, two of the biggest highlights came on Saturday night.   Hannah Whiteley, 17, won the 50 meter backstroke and Ashley Volpenhein, 16, placed second in the 50 meter freestyle.  Both swims not only earned them a trip to the 2016 Olympic Swimming Trials, but also earned them spots on the team representing the USA in Ireland at the end of April.

Hannah Whiteley (left) & Ashley Volpenhein (right) with some of the Team USA outfitting.

The women’s team finished eigth overall, the men’s team finished 33rd, and the combined team finished 17th out of 350 teams.  This is the highest finish in the history of the program.  The meet wasn’t all business.  After finals on Saturday night, the meet organizers rented out the Wet N Wild waterpark for all of the swimmers in the competition.

The meet was broadcast live with TV interviews for each of the winners.  Hannah Whiteley is pictured above after winning the 50 meter backstroke.

The team heads to Indianpolis this weekend for the Speedo Senior Sectional Championship.  This will be the last meet of the 2014-2015 season.  Go Rays!