DCST Swims past the Rays and Bluefins 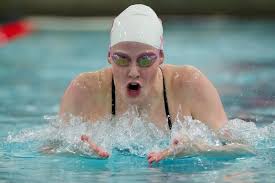 DCST Swims past the Rays and Bluefins

On October 31, DCST went to 3 – 0 on the season with victories over the visiting Rock River (Rockford) Stingrays (RAYS) and the Freeport Bluefins (BLFN) YMCAs.  DCST had 985 points followed by Rock River with 331 and Freeport with 78.  As a team, DCST swam very well with 207 career best times out of a total of 369 swims for a 56% improvement rate.

After each meet, the coaching staff picks two swimmers, one girl and one boy, as the “Big Dogs" of the meet. Big Dogs are not only selected on their performance in the meet, but the coaches also take into consideration the swimmer’s practice attendance, work ethic, team spirit and sportsmanship. For this meet, Macy Smith, age 10, and Jordan Spears, age 8, were selected as Big Dogs of the meet.