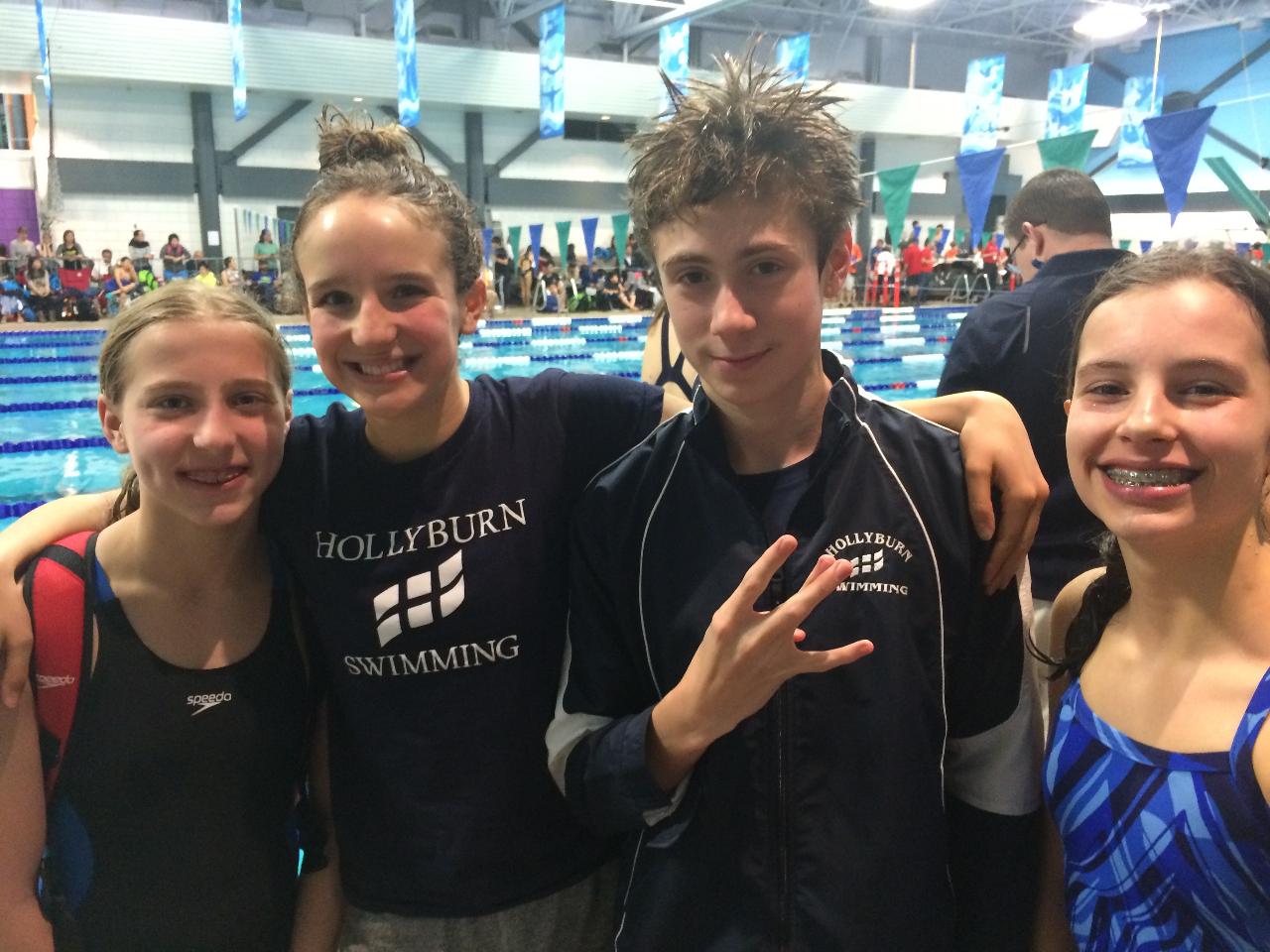 8 Hurricanes swimmers raced at the Hyack Fall into Finals Meet November 13-15th with fantastic early season results! With the swimmers working through hard training before the meet they really stepped up and showed some great racing! We had seven team records as an impressive amount of new time standards! Quincy qualified for AA Champs with new time standards in the 50m, 100m and 200m Freestyle events! In her last meet as a 12 year old, Avery set two club records and reached her first AAA Champs time in the 200m Breaststroke! Morgan set three club records in the 50m, 100m and 200m Freestyle events! Marisa reached finals for the first time in a couple of seasons! Chris broke a minute in the 100m Backstroke for the first time and broke two club records! Aidan added four more AAA time standards to his resume and broke a minute in the 100m Freestyle for the first time! James had big drops in his 400m Freestyle and 200m Backstroke as he approaches AA Champs standards. Thomas showed some tough racing, lowering his times in three events after a weekend of travel and racing in Kamloops. Every swimmer just missed 100% best times which is very good for a training meet!

Our competitive swimmers will now train towards their main performance meets of the Fall Season, the Christmas Cracker in Victoria December 4-6 and the Pointe-Claire Invitational in Montreal December 10-13!