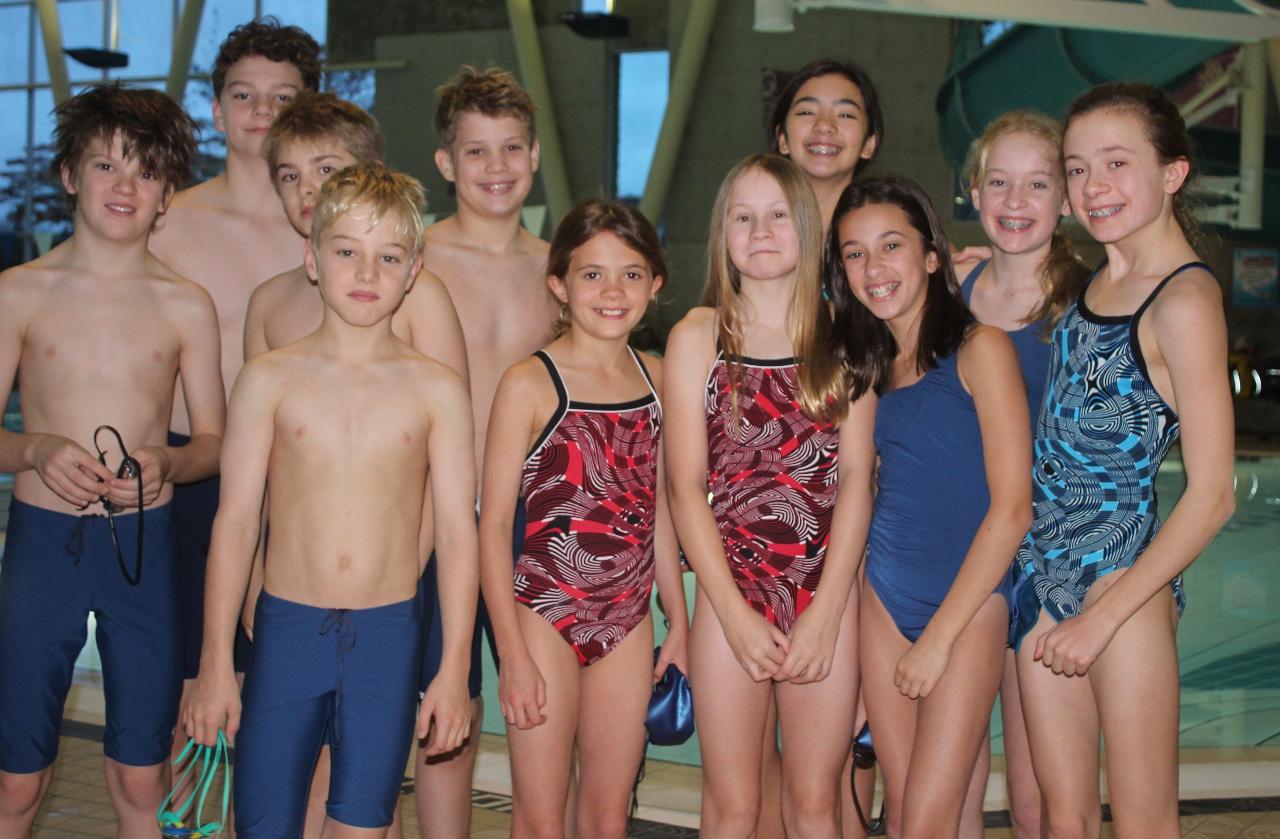 11 Hurricanes swimmers raced at the Langley Invitational Swim Meet November 14-15th and did a fabulous job racing! They raced to best times in 58/66 of their events with over half of our swimmers making finals! The focus was on 200m and 400m events at the meet and everyone improved their times by incredible amounts in those distances! The highlight of the meet was new time standards as both Jade Clement and Lucas Ouellette qualified for AA Championships for the first time! Jade qualified in the 100m Breaststroke and 200m Individual Medley after already having the time in the 200m Breaststroke. Lucas broke through with his first two AA times in the 100m Breaststroke and 200m Breaststroke. Sidney Clement had an incredible swim in the 200m Butterfly racing to her first AAA time standard and setting a new club record! We also had numerous swimmers get very close to AA times, so the next swim meet should be very exciting!

Our competitive swimmers will now train towards their main performance meets of the Fall Season, the Christmas Cracker in Victoria December 4-6 and the Pointe-Claire Invitational in Montreal December 10-13!