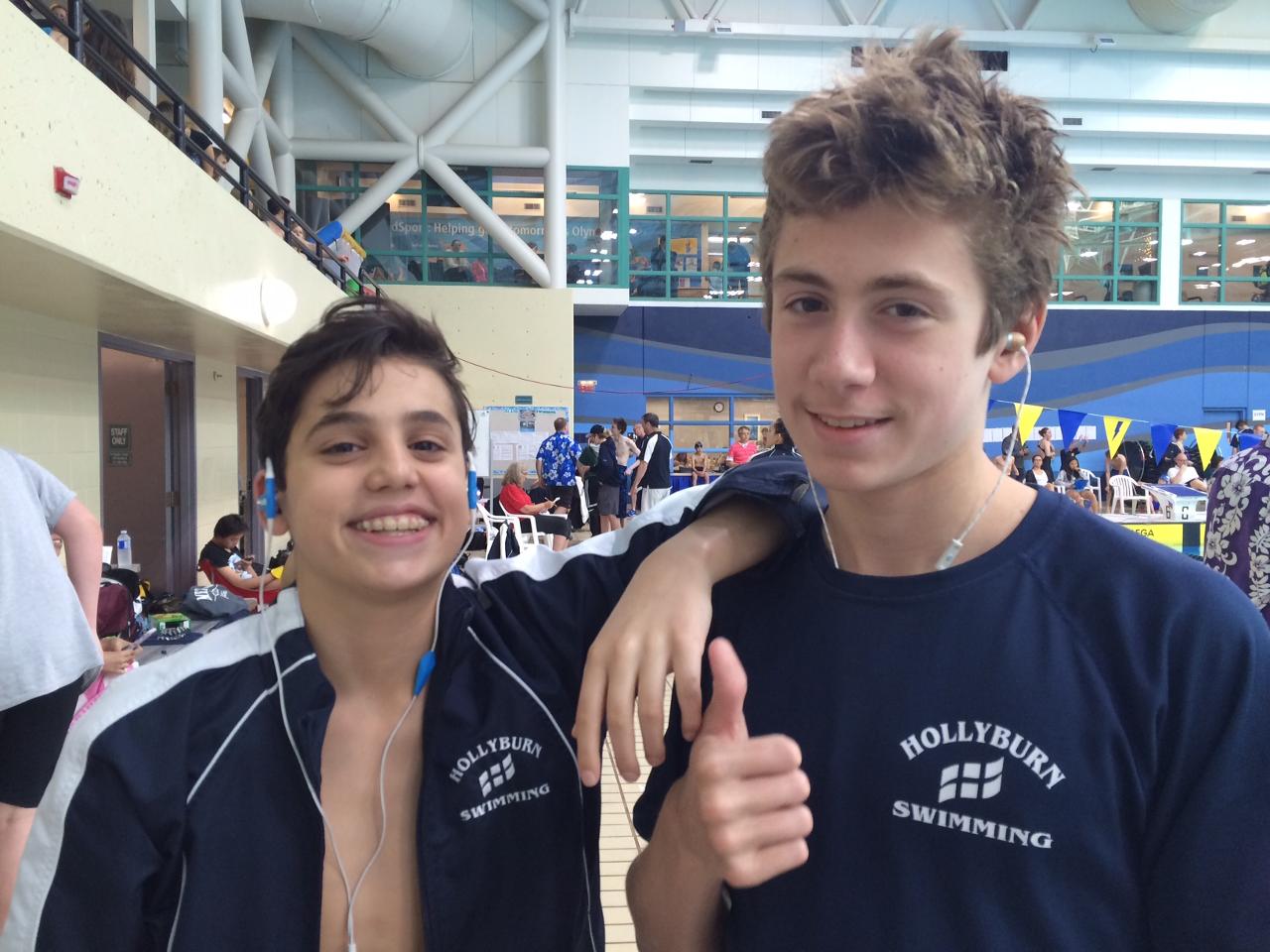 As always the Wavemaker was an exciting meet for our team. With the younger age groups we always get a lot of swimmers into finals and this year we had 16 swimmers finish top eight in their events for 68 final swims! Our finalists were Brek, Durban, Morgan, Quincy, Jade, Sidney, Josh, Thomas, Isabelle, Avery, Lucas, Chris, Marisa, Kourosh, Aidan and Sophie. This meet is a great learning experience for our younger swimmers as they get a great chance to compete in a heats and finals meet, with everyone racing again at night whether in an individual event or on a relay team. Great work by Brek, Meghan, Keala and Alayna who all raced in their first meet in Victoria!

Sophie, Avery and Aidan all achieved their first Canadian Age Group Championships time standards! Sophie qualified in the 14 year old girls 100m and 200m Breaststroke events. Avery was under the standard in the 13 year old girls 100m and 200m Breaststrokes. Both Avery and Sophie just missed their third time in the 50m Breaststroke. Aidan raced to his first 13&under time standard in the 100m Freestyle and narrowly missed in the 50m, 200m and 400m Freestyle events. Chris is already qualified after participating in his first Canadian Age Group Championships last summer. Swimmers need three time standards to qualify for the meet and we are in a very good position to send the biggest Hurricanes team ever to the top age group meet in the country!