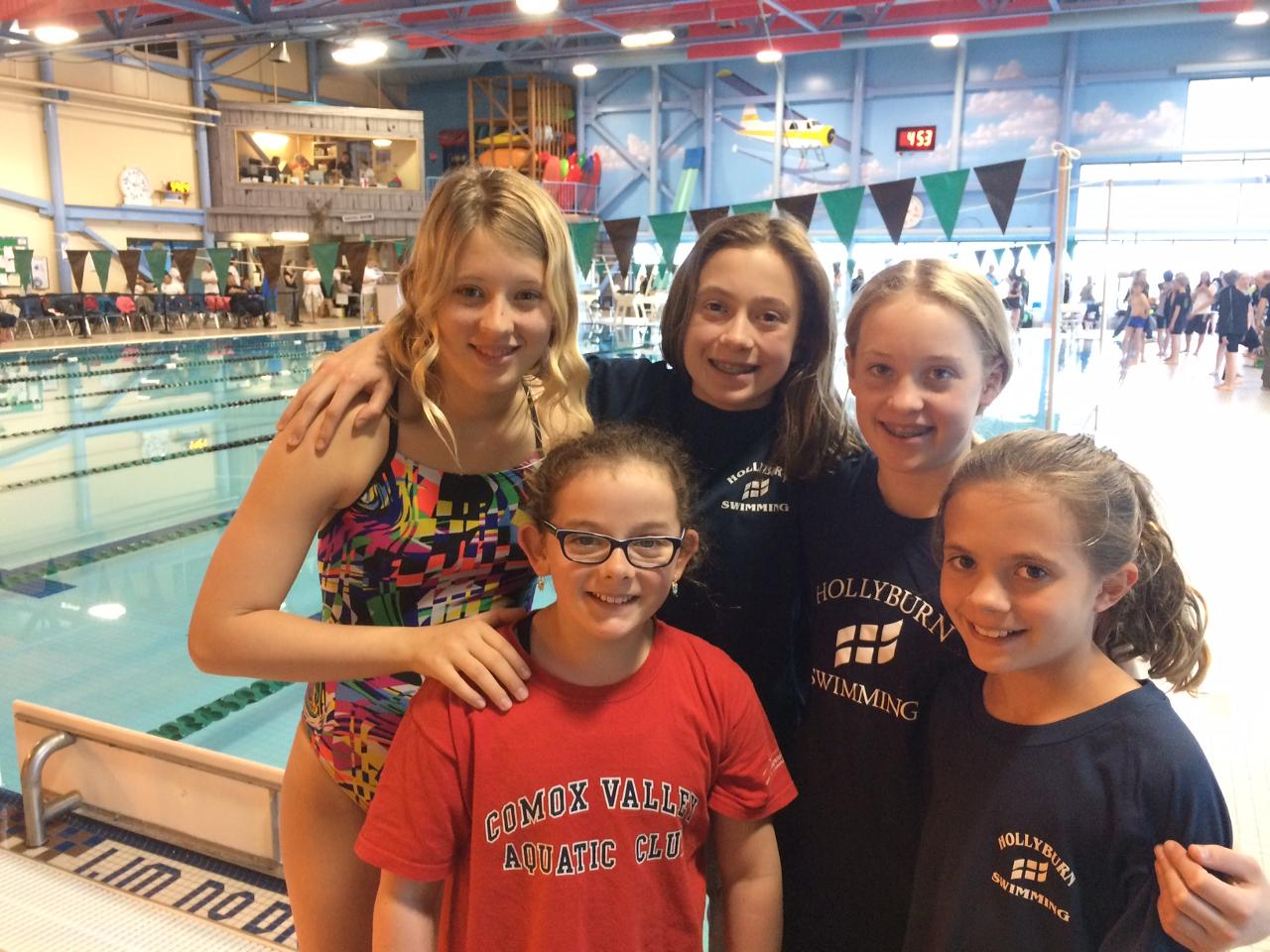 Jade, Sidney, Cami and Avery did an incredible job of representing the Hurricanes at the Yukon Championships this past weekend. We also had Iris Tinmouth join us from the Comox Valley Sharks and our small team had a great time enjoying Whitehorse and racing fast!

Sidney broke a couple of former Whitehorse Glacier Bear star Bronwyn Pasloski’s 10&under breaststroke records from 2002. She dominated the 10&under age group with seven first place finishes in seven events and came away with the top aggregate award for the swimmer with the most points in her age group! Sidney also broke three more of our club records (400m Freestyle, 100m Breaststroke and 100m Butterfly) in her last short course meet as a 10 year old.

Avery raced to a third place aggregate award in the 13-14 year old girls age group! She swam to first place finishes in all three breaststroke events and the 200m Individual Medley. Avery narrowly missed fully qualifying for Canadian Age Group Championships by .12 in the 50m Breaststroke with an incredible swim that bettered her time by over a second. Avery set new club records in the 50m Breaststroke and 200m Individual Medley!

We also had the opportunity to explore around Whitehorse and joined the Glacier Bears for a practice before the meet. The team hiked along the Yukon River to Canyon City an old gold rush town. At the Animal Preserve we saw muskox, lynx, arctic foxes, mountain goats, cariboo and bison including a baby bison less than a day old. We also swam in the Takhini hot springs to finish off the trip since no one was tired of the pool yet.