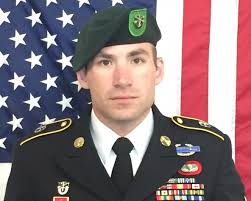 The thoughts and prays of the DCST family go out to the family of Army Staff Sergeant Adam Thomas.  Sgt. Thomas was killed by a road side bomb in Afghanistan while serving his country on Tuesday, October 4.  Thomas, who joined the Army in 2008, was a highly decorated Green Beret.  Thomas was the recipient of a Bronze Star, a Purple Heart, and the National Defense Service Medal along with multiple other Commendation medals.  This was his third deployment. He had deployments in Iraq from December 2008 to November 2009 and in Afghanistan from May 2011 to February 2012, and he returned to Afghanistan in June 2016.

Thomas swam for DCST from 2002 – 2004.  He was a 7 time National All-American for DCST.  He graduated from Elgin Larkin High School in 2003. In lieu of flowers, the family requests donations be sent to the Special Operations Warrior Foundation, http://www.specialops.org.  Funeral services will be held in Colorado Springs, CO on Saturday, October 15.