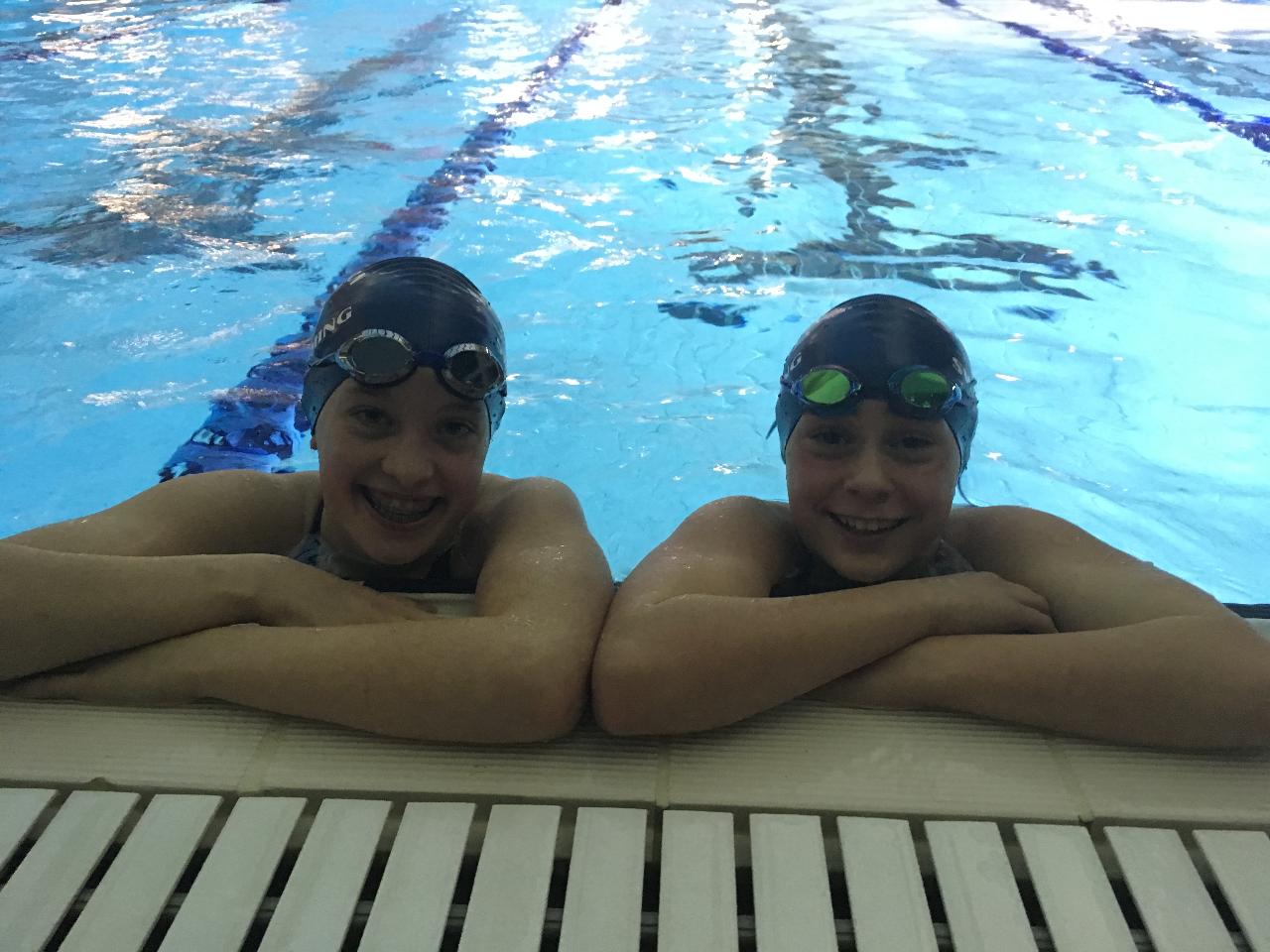 Three swimmers that still need to be mentioned are the three who swam in Finals at the meet. Sidney swam four events Saturday morning (400m Free, 200m IM, 200m Brst and 100m Fly) and raced them all again in finals improving in every event in the evening. Sidney had an amazing 200m Breaststroke racing to a time of 3:10.74, eight seconds off in one of her best events and the short course AAA Time Standard! Cami was incredible throughout the meet (51 seconds off her 400m Free!) but was especially on her racing in finals both days with all new bests. She just missed her first AAA time in the 100m Breaststroke racing to a 1:23.89 and taking off 9 seconds! She also dropped 8 in 200m Breaststroke and 9 in 200m Backstroke which are two of her best events! Jessica S had a great meet in heats and finals but really stepped up in her Breaststroke events, racing to a 2:55.50 in the 200m Breaststroke which was her second AAA Time Standard! Jessica also swam a 1:17.87 in the 100m Breaststroke finals under the 16&over AAA Time Standard as a 12 year old!

After all this great racing the next meet for swimmers in Excel and Challenge is Hyack Fall into Finals, November 11-13. Swimmers in Strive and Achieve will be competing at the Haney LMR December 10-11.