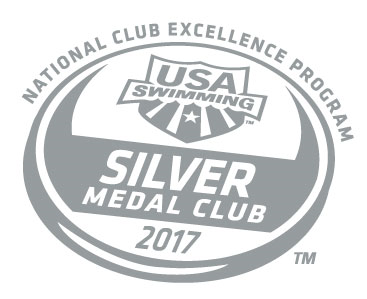 Gold, Silver, Bronze recognition awarded to 200 clubs out of 3000 teams for performance excellence

Mason, OH -  For the ninth time, the City of Mason’s year-round swim team has been awarded the honor of a Silver medal ranking in the   USA Swimming Club Excellence program, recognizing the organization’s highest-performing clubs in the development of athletes 18 years and younger.

“The Mason Manta Rays are honored to be named the #1 swim team in the state of Ohio for this first time in the club’s 13 year history.  I am extremely proud of the Manta Ray family for earning our highest finish ever in the Club Excellence Program,” said Ken Heis, Manta Ray Head Coach. “This achievement is reached because of the dedication of our 18 & Under athletes, their coaches and parents. It’s truly a ‘team effort’ for us to help every young athlete in our program reach their highest potential. Thank you to USA Swimming for the recognition.”

In its 15th year, the Club Excellence program identifies clubs that execute strong, well-rounded programs to produce elite 18-and-under athletes. The top 20 clubs earn Gold level ranking and those rated 21-100 are designated as Silver honorees. The next 100 clubs are recognized at the Bronze level.

The Mason Manta Rays swim team was the top team in the rankings for Ohio teams for the first time and the highest team in the country without a 50-meter pool.  Other Ohio teams included the Cincinnati Marlins, Dayton Raiders, Ohio State Swim Club, and Upper Arlington Swim Club.  The NKY Clippers placed 15th earning gold medal status. The Manta Rays have been awarded a level in the Club Excellence program since 2007 including the Silver Medal in 2007, 2008, 2009, 2011, 2013, 2014, 2015, 2016 and 2017.

“Earning a Gold, Silver or Bronze ranking has become a highly coveted honor for our club teams. The competition to earn a Club Excellence ranking continues to be more and more challenging.” said Pat Hogan, USA Swimming’s Club Development Managing Director. “On behalf of USA Swimming, I want to congratulate each of 200 clubs that have earned a ranking in the 2017 program.”

In addition to recognizing high-performing teams, the program provides grant funding that enable clubs to expand and enhance the services already provided to athletes. A total of $450,000 in grants will be distributed to the 100 Gold- and Silver-level clubs.