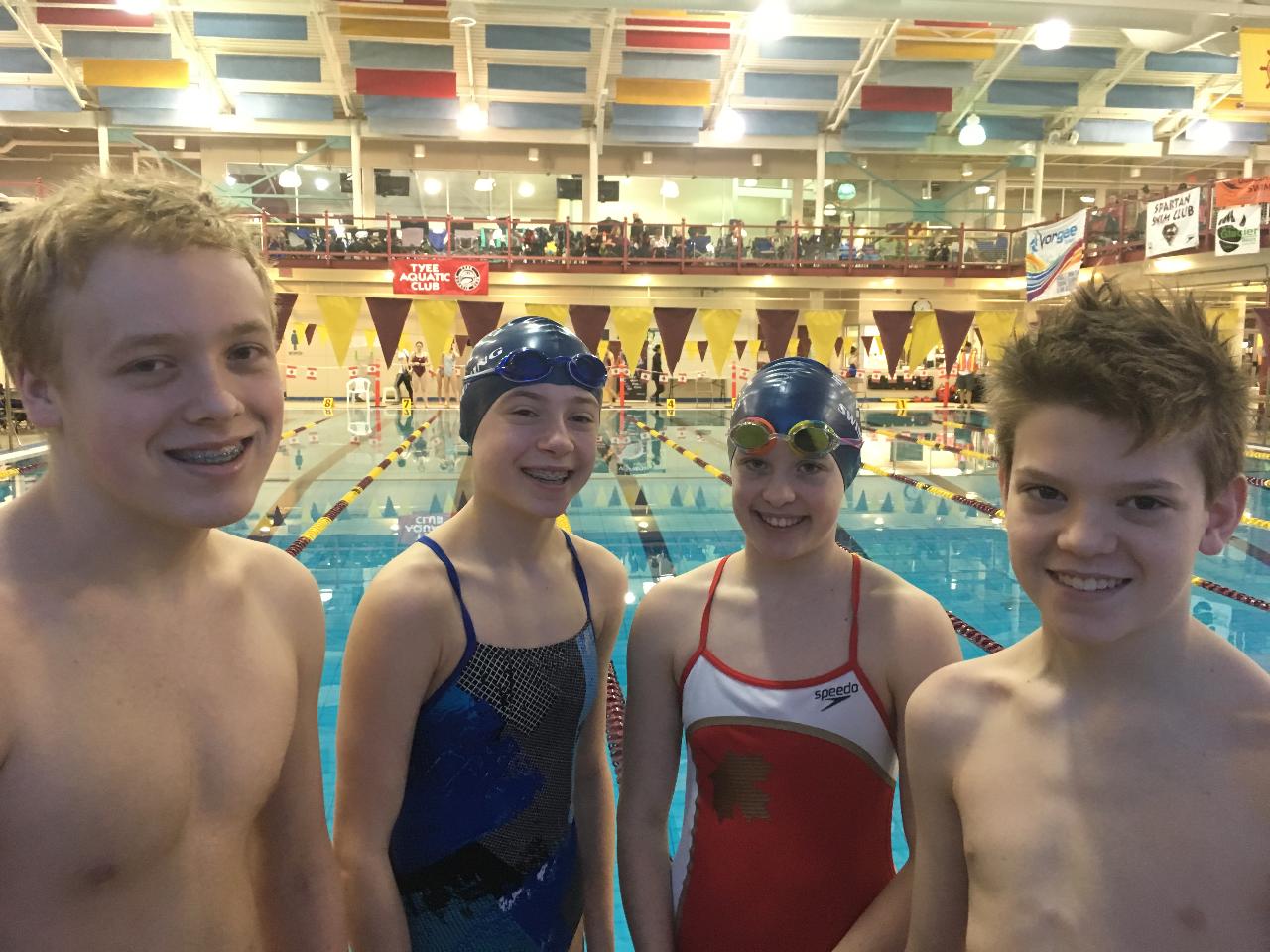 Jade, Josh, Thomas and Cami represented the Hurricanes this past weekend at SwimBC Short Course AA Championships in Chilliwack! All four swimmers had great results in the extremely fast AA Championships with over 500 swimmers in the competition. In previous years our swimmers would have been very busy with swims in finals but this season was a lot deeper with many swimmers racing with one to two AAA time standards at the meet.

Josh raced to a fifth place finish in the 400m Freestyle, dropping over 15 seconds off his previous best and just missing the AAA standard by half a second. His time of 4:56.65 was also just over the Hurricanes 12&under team record! Josh also raced in the consolation finals of the 200m Freestyle dropping five seconds off his previous best! He had a great meet with best times in five of his six events.

Thomas had an outstanding swim in the 200m Butterfly, moving up to a 13th place finish in the consolation final with a strong time of 2:33.40! He was just missed the top 16 in his 1500m Freestyle and came within .38 of breaking a minute in the 100m Freestyle!

Jade just missed the consolation finals in the 200m Breaststroke by .01 after dropping two seconds off of her best time. In the 100m Breaststroke, Jade raced under the short course AA standard for the first time. She also had big drops in her 200m Individual Medley and 200m Freestyle.

Cami swam to best times in all five of her events and added another AA standard in the 100m Backstroke with a fast time of 1:12.49! Cami just turned 14 and would have been racing in finals in all of her events in the 12-13 year old age group.