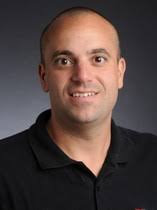 The Kishwaukee Y is honored to announce that they have hired Matt Anderson as their new Senior Coach for DCST.  Coach Anderson is a former DCST age group swimmer who went on to swim at NIU.  During his senior year at NIU, he was named team captain.  While at NIU, Coach Anderson was also an assistant coach for DCST.  After graduation, he then spent 5 years as the Assistant Men and Women’s Swimming Coach at NIU.  He then left DeKalb to become the Assistant Women’s Coach at The Ohio State University for 4 years.  After his tenure at OSU, he has been the Head Women’s Swimming and Diving Coach at Youngstown State University for the past 14 years.  The exact starting date for Coach Anderson has yet to be determined, but it will be sometime during the last week of August.  The Kishwaukee Y looks forward to having Coach Anderson continue and grow upon the past successes of DCST.