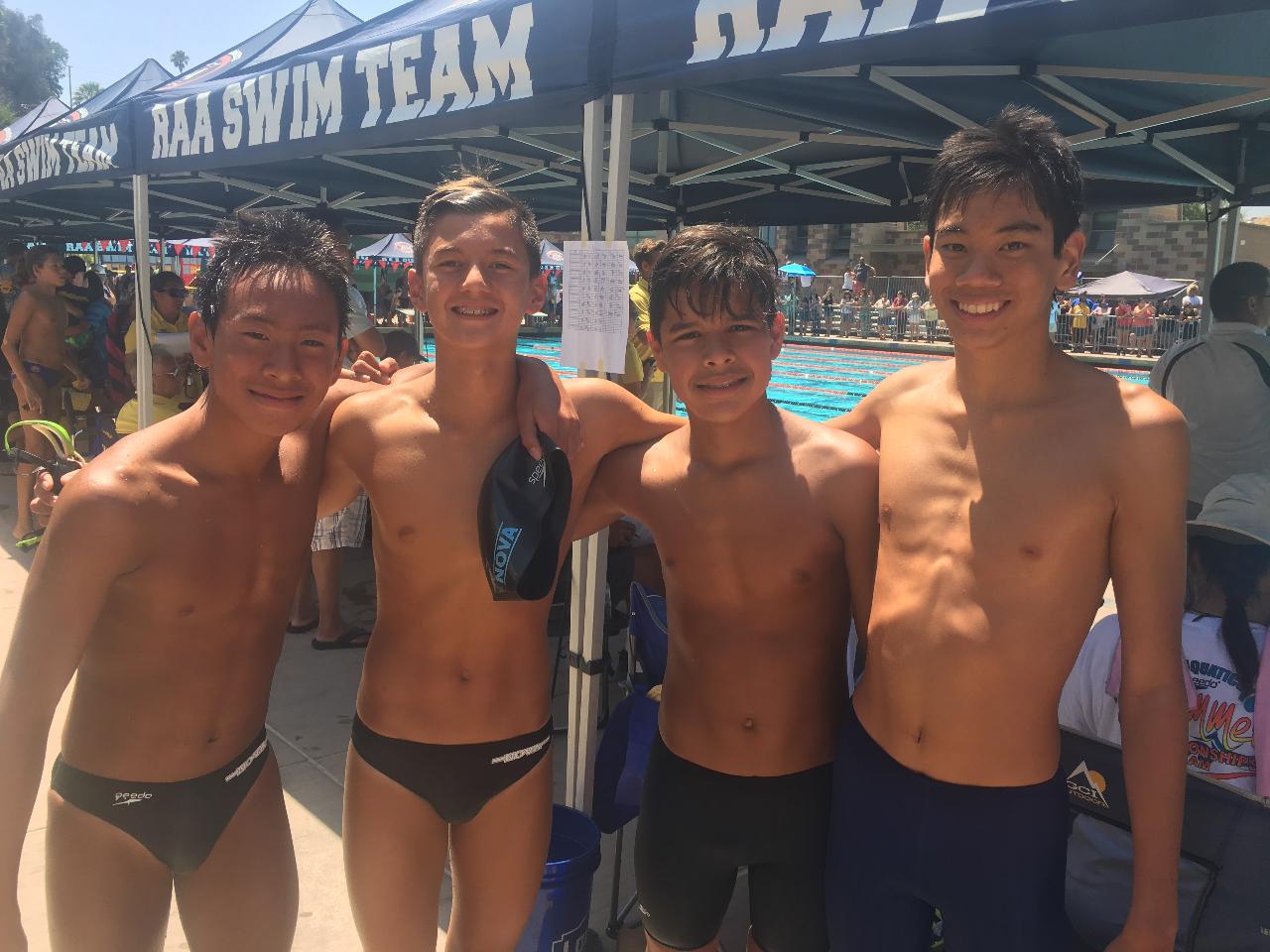 The foursome of Nick Grulke, Humberto Najera, Joey Chang, and Allen Cai went a time of 1:47.05 in the 200 meter freestyle relay which beat the NAG record of 1:48.80 which was set by South Florida Aquatic Club. They also beat the SCS record which was set earlier this year by Grulke, Chang, Cai, and Mitchell Schott of 1:48.84. Additional info can be found in an article on Swimswam  https://swimswam.com/irvine-novaquatics-breaks-another-11-12-national-age-group-record/

Cai, Eric Zhu, Najera, and Grulke teamed up earlier in the meet to set the SCS record in the 200 medley relay with a time of 2:01.65 which bested the time of 2:03.03 which was recorded by Rose Bowl earlier this year.