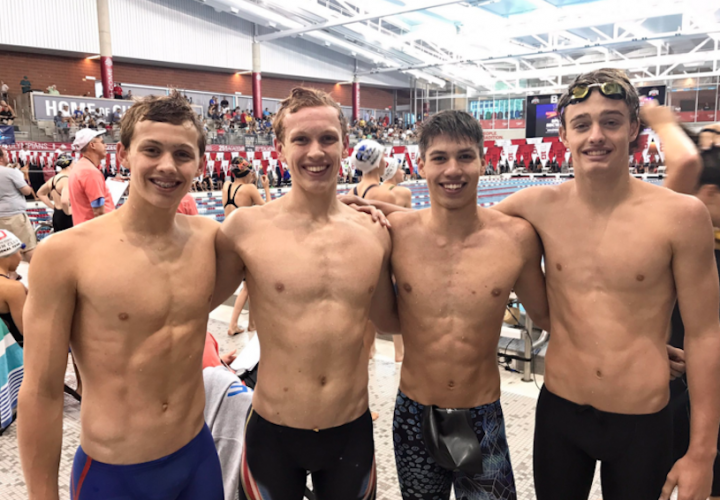 Chaney’s split was the fastest split of anyone in the race. The team also featured Carson Foster, who will represent the United States at the World Junior Championships in August for the 200 back. Carson and Chaney are 15 while Jake and Babinec are both 16.

The team broke the record at the Speedo Sectional meet in Columbus, Ohio.

The Manta Rays finished behind Ohio State Swim Club in the relay who touched at 1:32.16.