Coaches
Site Map
How Hard Should We Push our Young Swimmers? 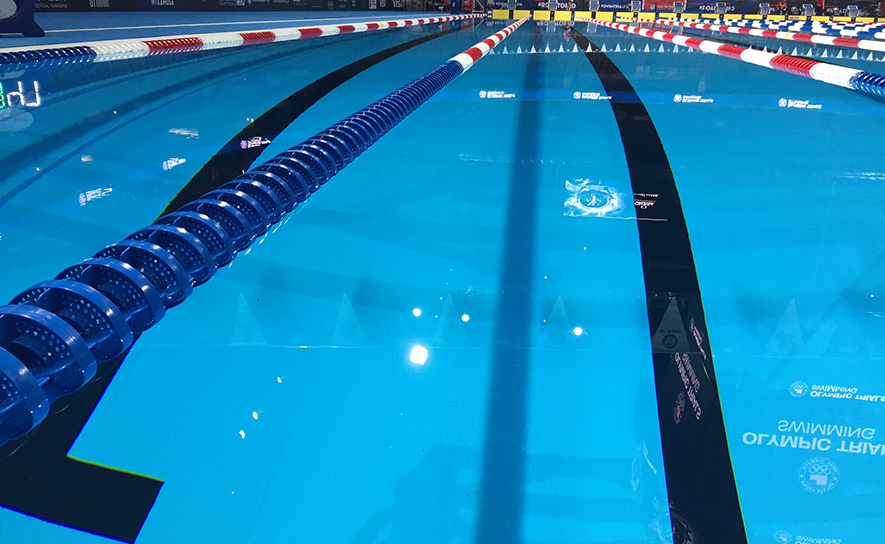 How Hard Should We Push our Young Swimmers?

How many hours of training should we put our youngest swimmers through? How intense should training be? When should we ask them to give up other sports and specialize in swimming? These are questions that have been around for a long, long time. And while the swimming world claims to divided on this topic, in practice there is little divisiveness.

On the one hand, we have hard and very visible evidence that elite swimmers started very early. Michael Phelps is a perfect example. He started swimming at age 7 and was world champion and world record holder at 15. To test how consistent this is among elite swimmers, I came up with a list of 20 random swimming superstars and was able to find out the age they started formalized swimming for 11 of them. The average starting age for these 11?   6.8 years of age.

This early starting age for the superstars has led to a huge and possibly subconscious movement in swimming to have swimmers start young, and then to have them specialized young. This is why we hear of teams where 10&Unders have multiple morning practices a week, and training camps involving two a day and sometimes three a day practices. Or we hear of competition swims that are truly mind-blowing. Three new girls’ 10&Under Long Course USA records have been set this year: 36.13 for 50 Breaststroke, 1:17.74 for 100 Breaststroke, and 1:08.67 for 100 Butterfly. Incredible!

But this is the problem. You don’t get this fast this young without some serious training behind you. And the data shows that these early results don’t really translate to later success. In fact, quite the opposite.

An oft-quoted ASCA study on this very issue reports the following:

Here are some more things worth thinking about.

Put all this together and we have a problem. Despite considerable evidence telling us not to, we have an over-emphasis on hard training at a young age, and on forcing children to specialize in only swimming at a young age.

But why do we think this way? Why do we systemically push our young swimmers so hard?

Part of the answer appears to lie largely with the infamous Ten-Year Rule. This rule was made popular by Dan Coyle in his book, The Talent Code. Here he states that in order to achieve greatness in virtually any field, a person just needs to put in 10,000 hours of deliberate practice. Both Canada’s Long-Term Athlete Development document and Australia’s Long-Term Development in Swimming document have this concept as a fundamental building block of their program. USA Swimming doesn’t go that far but does talk about how it takes ten years of deliberate practice, along with grit, perseverance and passion to reach an elite level.

The idea is simple. If it takes 10,000 hours to achieve greatness, and swimmers now reach their peak in their early 20s, then swimmers must have roughly 1000 intense training hours a year starting by about age 10. That’s 1000 hours a year, or 500 2-hour workouts a year. There’s no way around it, right? The Australian document even states “There are no short cuts!” (they bolded this, not me).

There’s one fundamental problem with all of this. It’s wrong.

David Epstein in his book, The Sports Gene, went to the original research by Dr. Anders Ericson on violinists, and found that the data was sparse, retrospective, and only provided the average time to master the violin. But no information on the range was given. Epstein found another much larger study involving the number of hours of practice it took chess players to reach master status. The average time turned out to be just over 11,000 hours – a similar result to the violinists. However, this study also reported on the range of hours to reach master status: from a low of 3,000 hours, to some participants who were at 25,000 hours and still hadn’t reached it yet.

The impact of considering the range of hours is huge. 3000 hours equates to roughly 3 years, not 10. If greatness can take as little as 3 years, or as long as 25 years, then it changes the whole nature of long term development programs. Apparently, there ARE shortcuts! Maybe we don’t need to start grooming our 10 year olds for 1000 hours a year of practice so they can reach elite status in their early 20s. And maybe if we don’t start that specialization at such a young age, we won’t have so many talented swimmers burn out in their mid-teens. Sure, we might not get as many mind-boggling records by 10-year olds. But those swimmers might still be swimming at a high level in their 20s.

This is the dilemma.

Swimming data clearly shows that most elite swimmers started early and specialized early on their way to becoming elite. An early start and early specialization clearly worked for them. But these swimmers represent roughly the very top of swimming. The top 0.001% or so of competitive swimmers.

Studies also indicate that an early start can be beneficial to all swimmers. It’s the early specialization and early intense training that causes a tremendous fallout of swimmers who tire of the demands of the sport or have stopped improving relative to their peers. And now we’re talking about the 99.999% of competitive swimmers who do not become elite.

Should we train our swimmers on the assumption they will be part of the tiny cadre of elite swimmers? On the faulty assumption that intense training is required at a young age in order to achieve greatness? Or should we provide swimmers with some balance in their young lives, and train them so that they are still swimming and still having fun when they reach their physical peak in their early-20s?

That’s the question every coach has to answer for themselves.