Congratulations this weekend to our swimmers at the 2018 Meet of Champions (MOC). Our Rocklin Swim Team was awarded the John Hooten Spirit Award at this meet which was a very special acknowledgement!   This prestigious award was renamed after the late John Hooten, longtime coach of the Johnson Ranch Barracudas. John passed unexpectedly this spring while rowing on Lake Natoma.

John was a stalwart leader in the community and known far and wide for his dedication to all teams, his sportsmanship and his true love of sport. With Johnson Ranch, John led the team to numerous league championships and MOC titles.

In receiving the spirit award on behalf of Johnson Ranch in 2016, John said “this is the most important award I’ve ever received”. Steffi Jones, who presented the award and has been the Director of MOC said “the swimmers, the parents, the volunteers and coaches of the Rocklin Wave personified what it means to be great participants and  help others”.

Steffi was brought to tears announcing the award. Earlier this year, Steffi announced she would step down as Meet Director of MOC.

On behalf of all families of RST - THIS IS WHO YOU ARE. THIS IS WHO WE ARE. WE ARE RST. #RSTProud

For everything you’ve done, and will do!

Travis
One Team, One Dream

p.s. Attached photo: part of our RST family present to accept the award.

Our 2018 WAVE Meet of Champions Team 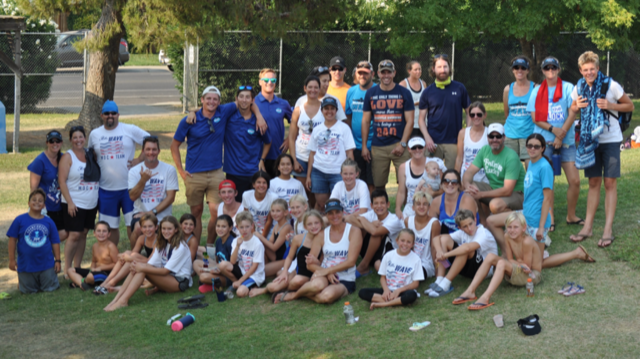