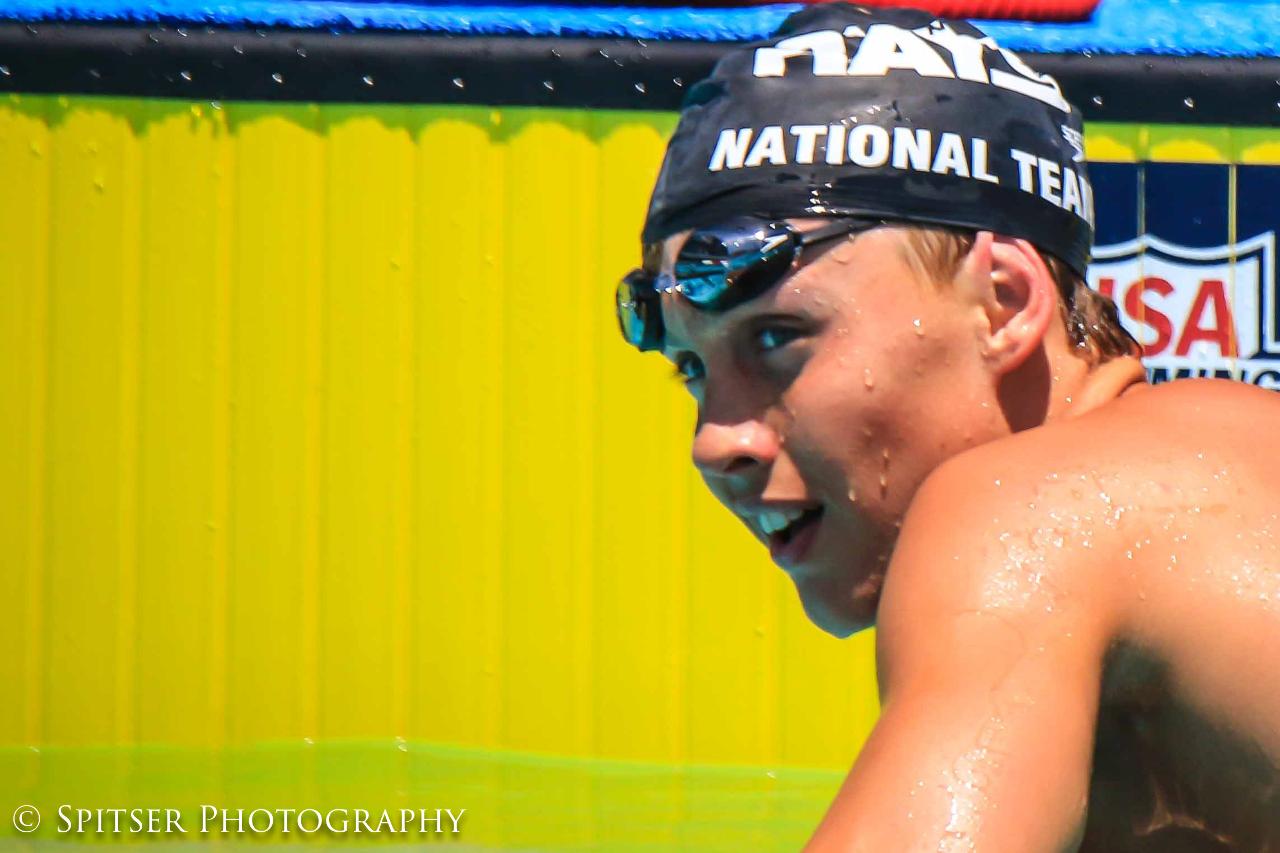 RAYS WIN MEDALS & TEAM CHAMPIONSHIP IN FIJI, NATIONAL TEAM TITLE IN CALIFORNIA, & THREE SWIMMERS ARE RANKED IN THE TOP 4 IN THE WORLD

The Mason Manta Rays shined bright in the international swimming spotlight thanks to the performances of three young men from the City of Mason program.  Carson Foster, Jake Foster and Adam Chaney competed for TEAM USA at the Junior Pan Pacific Swimming Championships in Fiji August 23-26, 2018.  The 7,380-mile trip proved to be very successful as all three achieved great feats.  Just to make the team for this meet is a huge challenge and accomplishment (only the top 20 boys out of 250,000 are chosen).

In late July, the USA Swimming National Championships were held in Irvine, CA.  USA Swimming used this meet at the qualifying meet for the USA team for Fiji.  After securing their spots on the Junior Pan Pacific games team, the three boys stayed in Irvine another week and propelled the City of Mason Manta Rays to their second Junior National Men’s Team National team title.  Jacob McDonald joined the three young men on two Junior National record wins in 800 freestyle relay and 400 medley relay.  Combined with the girl’s team led by Hannah Foster and Cora Dupre, the Manta Rays finished third in the combined team race.  The three young men continued their amazing journey by showcasing their talents in Fiji.  Carson led the way breaking two National Age Group records (15-16) in the 400 IM and 200 freestyle.  Carson won gold medals in the 200 IM, 400 IM, 200 backstroke, and record setting 800 freestyle relay.  His time in the 400 IM currently ranks him 1st in the world for 18 & under athletes and 20th in the world overall!  Carson also broke Michael Phelps’ 400 IM 15-16 national age group record.  Adam brought home gold in the 400-freestyle relay, silver in the 100 backstroke, bronze in the 100 freestyle and just missed the podium in the 50 freestyle placing 4th.  His times in the 50 and 100 freestyle rank him 3rd all time in US swimming history for 15-16-year-old men and his 50 time from nationals ranks hi 4th in the world for 18 & Under.  Jake Foster brought home a silver in the 400 IM, right behind his brother.  This time currently ranks Jake 3rd in the world for 18 & Under and 28th in the world overall.   The future for these three young men is extremely bright as it is for the “World Famous” Manta Rays.  (the TV announcer in FIJI referred to the City of Mason Manta Rays as the “WORLD FAMOUS MANTA RAY CLUB” over ten times throughout the international meet).