What Can We Learn From the Career of Missy Franklin?

What Can We Learn From the Career of Missy Franklin?  by Coach Ryan Woodruff

This week, American Olympic gold medalist Missy Franklin officially retired from swimming.  Though only 23, she has been at a world-class level since she was 15 years old when she first made the U.S. national team.  At the 2012 London Olympics, she won 4 gold medals (5 total) and captured the admiration of young swimmers everywhere (you might remember the viral video sensation of that summer).  Her retirement came as no surprise, but it brought to a close one of the most meteoric careers in recent memory. 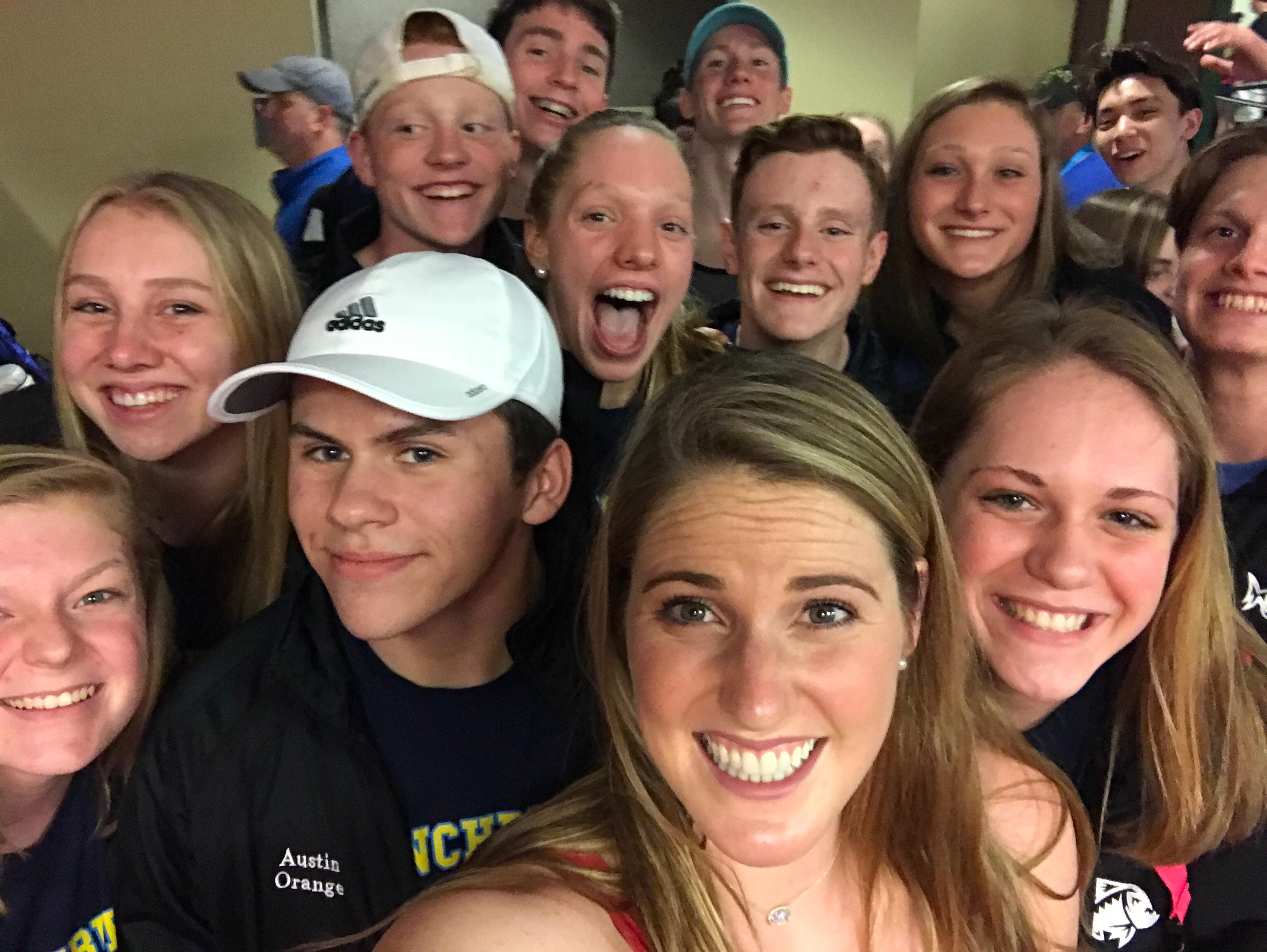 Upon reading the news, I took a look back in the USA Swimming database to see what we could learn from her performances over the course of her career.

I examined Franklin's times in the 100 free, 200 free (she would break the American record in that event in college), 100 back, and 200 back (she is still the World Record holder).  Few swimmers have shot to stardom as rapidly as Missy, so I was interested to see how her times progressed.  I looked at how many times she swam each event, how often she went a new personal best, how old she was the first time and fastest time she swam an event, and how long (# of swims and # of days) she went between best times.  Though her career feats were certainly astonishing, she went through the same ups and downs typical of most swimmers. Here is what I found: 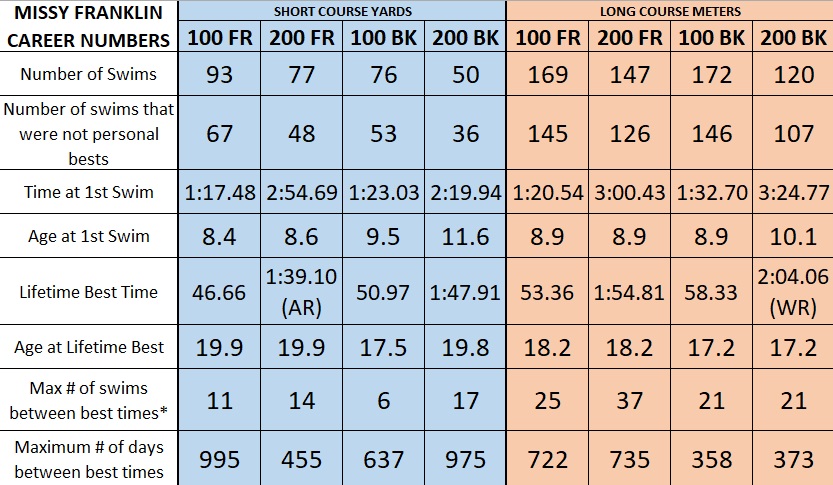 For parents, here are the lessons I gleaned from these numbers:

1. If your swimmer didn't start swimming year-round at a super-early age, it's ok.  Missy didn't swim these events for a USA Swimming team until she was at least 8, and didn't compete in the long course 200 back where she would eventually break the world record until she was 11.

2. Long course meets (in the 50m pool in the summer) are hugely helpful in a swimmer's development. She got regular exposure to long course meets not long after she started racing short course.

3. It is important to keep your swimmer's performance in perspective. There is no need to make excuses for your swimmer or explain your swimmer's performance. If Missy Franklin can go 995 days (the 100 free) and 37 swims (200 free) between lifetime best swims, your kid will be okay if he or she doesn't go any best times at the next meet.  The important thing is that he or she is working hard at making progress and has the support of parents and coaches.

4. Missy's parents were a huge influence on her swimming but did so by taking a very relaxed approach: "We really never put any pressure on her," her father says. "Win, lose or draw, it was, 'Great race, sweetheart. Now let's go have dinner.'" Read more about her parents and their relationship with Missy here.

5. In total in these events, Missy swam personal bests in 186 out of 904 swims, about 20%.  For such an extraordinary swimmer, this strikes me as a very normal percentage over the arc of a swimmer's career.

6. Improvement never happens in a straight line.  There will be periods of massive improvements and times of frustrating setbacks.  Swimmers (and parents) who keep calm and focused and keep the long-term perspective are more likely to succeed.

Congratulations to Missy on an amazing career -- one filled with thrilling moments and absolute class.  Kudos to her parents and coaches Todd Schmitz and Teri McKeever for so skillfully guiding her along the way.  Thank you for your excellent examples to all of us.