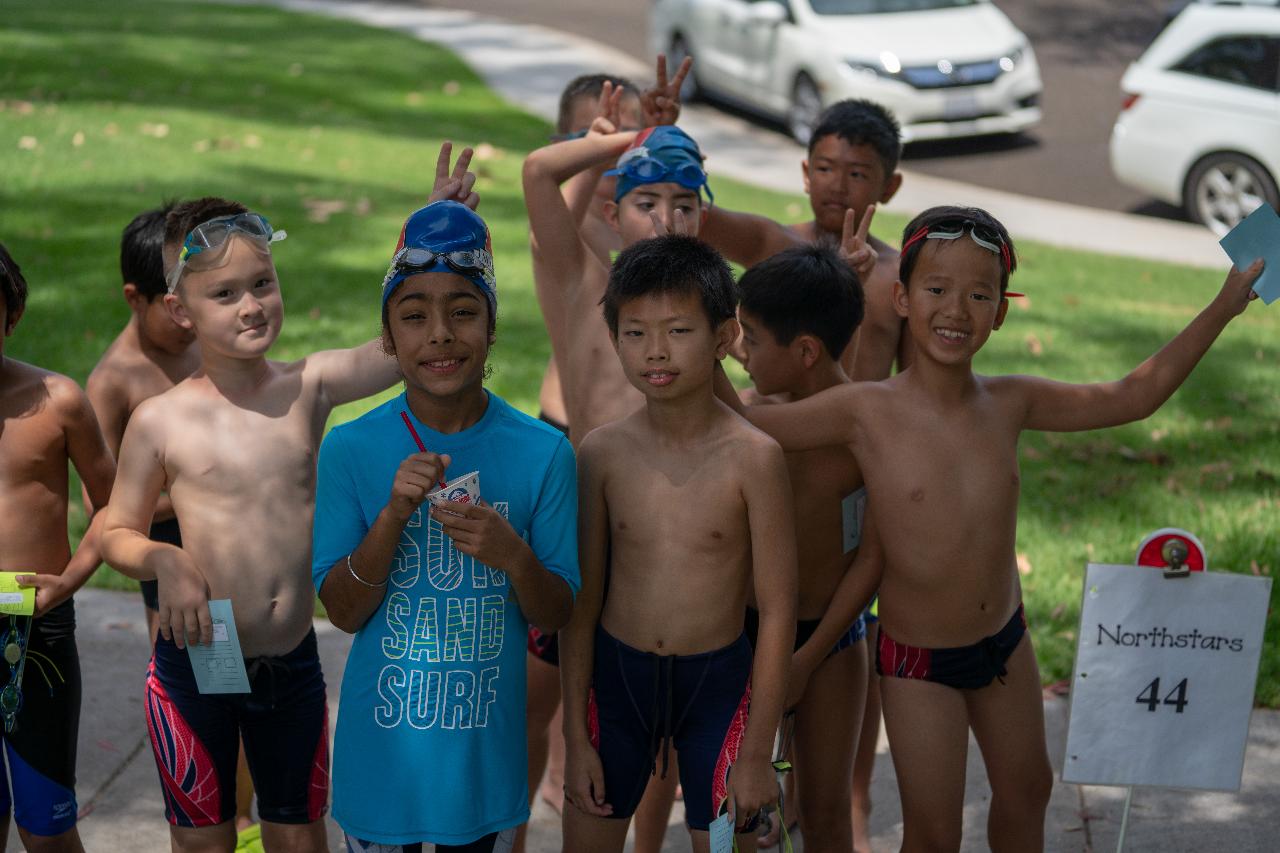 The Park Paseo Northstars hosted the Turtle Rock Broadmoor Sharks on Saturday. Only three medley relays had swimmers from both teams and the Northstars came out on top every time, winning each race by nearly 30 seconds! The most exciting medley relay of the day came between the 13 – 14 and 15 – 18 Northstars teams, with the younger team touching the wall .62 seconds before their opponents.

Eight swimmers earned their first ISL qualifying times of the season this week, including Sarah Chao, Alex Chin, Danny Constandse, Zuhal Dayioglu, Andrew Do, Jackie Edney, Harman Kalra, and Isaac Lee. Overall, the Northstars had 32 swimmers qualify in 68 events, with 28 of those times being achieved for the first time this season.

Zuhal Dayioglu, Manvir Kalra, and Zhongwen Zhang competed in their races for the first time this week. Hannah Miller finished in the top three in two of her races and Aaron Soleimani placed third in one of his. Micah Kim and Khanh Truong also swam hard for the Northstars.

Thank you to Will Zhao for the great photos!