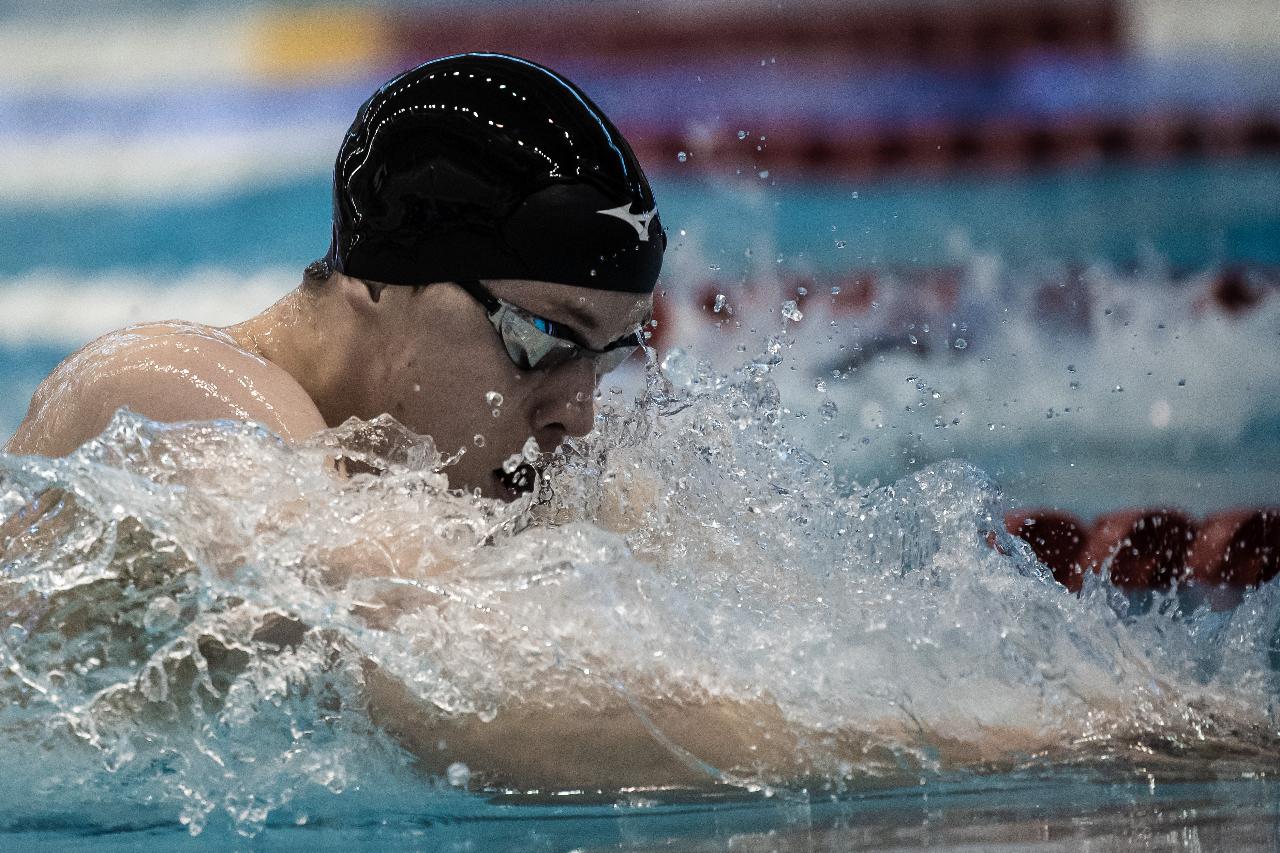 Carson Foster has Much Different Objectives for 2020 Trials

Believe it or not Carson Foster went to 2016 Olympic Trials with no expectations of contending for a spot at the Olympics Games.

In fact, as one of just two 14-year-olds competing at the meet, his focus was more on gaining experience and “learning the ropes” of a large meet.

Rather than the one that chooses the Olympic team every four years, he had another, more local meet on his mind.

“Obviously in 2016 I knew I wasn’t going to make the team; I was just excited that I got front row seats to watch the best swimmers in the world,” he said. “I was more worried about the Ohio Junior Olympics that year, which is kind of funny when you think about it.

“But this time around, I’m 110 percent focused on Trials and am looking forward to it. I’m only swimming events I feel like I have a chance in and am still deciding which those are.”

Not only will he be four years older this time at Trials but Foster is also a much more savvy, seasoned swimmer on the National and international scene.

For the first time, he was named to the National Team based on his time at Phillips 66 Nationals, and he’s learned a lot about competing against top competition from these big meets.

When he takes the starting block for his first preliminary swim in Omaha this summer, his objectives will be much different.

“The experiences I’ve gotten the past couple years on the junior team and now the national team have helped me tremendously,” said Foster, who was chosen as a captain by his Junior World Championship teammates. “I’ve gained confidence in myself that I can compete with anyone in the world.

“But the biggest thing I’ve gained from these experiences are the relationships I’ve made. The kids on my junior team trips are some of my best friends and I’ve met so many people on the national team that I’ve looked up to the past couple years.”

Foster got his start in the sport at a very young 2 years old. His parents wanted him and his siblings to get swim lessons before they got a pool in their backyard.

As he got older, Foster experimented with other sports, but when he was 5, he and his brother, Jake, followed in their sister’s footsteps and joined the swim team.

Over the past three-plus years, Foster said he hasn’t changed anything about his training.

He credits his continued improvement to natural maturity, working on his dryland strength and conditioning, and getting to know his coach, Ken Heis, and his coaching style better every year.

Building trust and accepting his coaching style has proved to be the biggest difference in Carson the 2016 swimmer and the one competing today.

“After 5 years, I have so much trust in him and that alone goes a long way in swimming,” he said. “Outside of the water, my body has grown a lot over the last 4 years. I work out at Cincinnati Functional Fitness with Scott Goodpaster, and he is the hardest working trainer in the world.

“He has analyzed so much swimming and put together workouts to help my swimming in every way. So, in short, my coaches get the credit for my improvement.”

In the pool, he’s constantly thinking about Trials and preparing for that meet even though it’s still months away. Out of the pool, he’s recovering whenever he’s not swimming, and he’s taking diet seriously and keeping a good balance in his life.

All that hard work and dedication has been paying off and recently culminated in Foster’s performance last weekend at the TYR Pro Swim Series event in Knoxville, Tenn., and Greensboro, N.C., in November.

He continues to be a top competitor in his events – particularly the 200 individual medley – and is very happy with his times at this point in his training and with Trials still 5 months away.

“Before I left for the meet (in Knoxville), Ken told me that I’ve never gone into a Pro Series meet that beat up from training,” said Foster, who will celebrate numerous milestones in 2020, including high school graduation and starting college this fall at Texas, where he will swim for the Longhorns.

“So obviously swimming the way I did after hearing that gave me a ton of confidence moving forward with training.”

Foster said being able to add “Olympian” to that list of personal accomplishments in 2020 would be a dream come true as he’s wanted to be a member of the Olympic team for most of his swimming life.

“To be an Olympian is definitely a life goal of mine; to reach the pinnacle of the sport I love would be a dream come true,” he said. “It’s been a goal of mine since I was 10 years old during the 2012 Olympics.

“I’m looking forward to graduation in May, Trials in June, hopefully the Olympics in July, and then the most exciting is starting college in August. I couldn’t be more excited to start my new journey down in Austin with that amazing team.”

And because he’s doing all he can in and out of the water to best prepare for Olympic Trials, Foster said he’s putting his faith in God that whatever is meant to happen will happen.

It’s helping him handle the added expectations and pressure of being one of the top swimmers in the United States and world, and given him a foundation upon which he can rely and depend without question.

“The past couple of years, I have gotten more involved in my faith and that is what keeps my love for the sport strong,” said Foster, who plans to swim in the Ohio Senior state meet, the Indianapolis TYR Pro Swim Series event and a tune-up meet in Austin prior to Trials. “Ultimately, if I make the Olympics, I will be grateful for the opportunity, and if I don’t, I will be grateful for the experiences and lessons God gave me this year that I can use in the future.

“My journey is in His hands, and I will be ready for whatever comes my way in June. As for being written and spoken of as a contender, I see that as an honor rather than pressure. How many people get to be seen as an Olympic contender? That’s exciting to me whether or not I end up making the team, and I’m so thankful for the situation I’m in.”