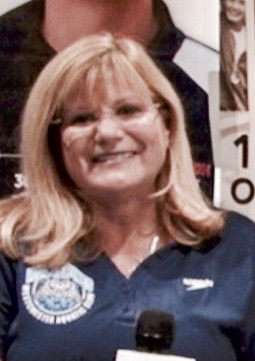 The Top 10 Age Group Coaches in the USA Finalist !

Coach Carle Fierro has been named a finalist for the 5th year in a row !

Since 1986 The American Swimming Coaches Association has been honoring the top age group coaches in the country.  We believe in high level age group swimming and we are highly supportive of the fine coaches who do establish the base of the finest swimming nation in the world.

In the beginning of the AGCOY program local ASCA chapters sent in their nominations by whatever process they deemed appropriate.  With the modernization of the USA Swimming National Rankings program and the ability to download data ASCA then had the ability to move the program from a local popularity contest to a national program based on objective data.  In 2014 Fitter and Faster came on board as the title sponsor and ASCA began identifying the top 50 age group coaches in the country with the top 10 being invited to the ASCA World Clinic Awards Banquet and the overall winner of the Faster and Fitter ASCA Age Group Coach of the Year announced.

The top 50 age group coaches in the USA was compiled from the USA Swimming’s National Rankings data.  The top 20 swimmers in the 9-10 and 11-12 age groups were downloaded for the 2019 Long Course and the 2019-20 Short Course seasons.  Two virtual swimming meets were compiled, one for LCM and one for SCM with scoring to the top 20 places.  The results were combined to determine the top 100 Age Group Teams in the USA for the two seasons.  From the list of 100 teams head coaches were contacted for the names of their age group coaches responsible for each of their swimmers who were ranked in the top 20.  The coaches names were entered into the data along side with their swimmer’s performances and the results were resorted and rescored by coach.  Coaches received bonus points for number of #1 rankings, for number of different swimmers ranked, and for number of total rankings.  From these results we present the top 50 age group coaches in the USA.  Congratulations to everyone.  (Data compiled by Guy Edson, American Swimming Coaches Association.)