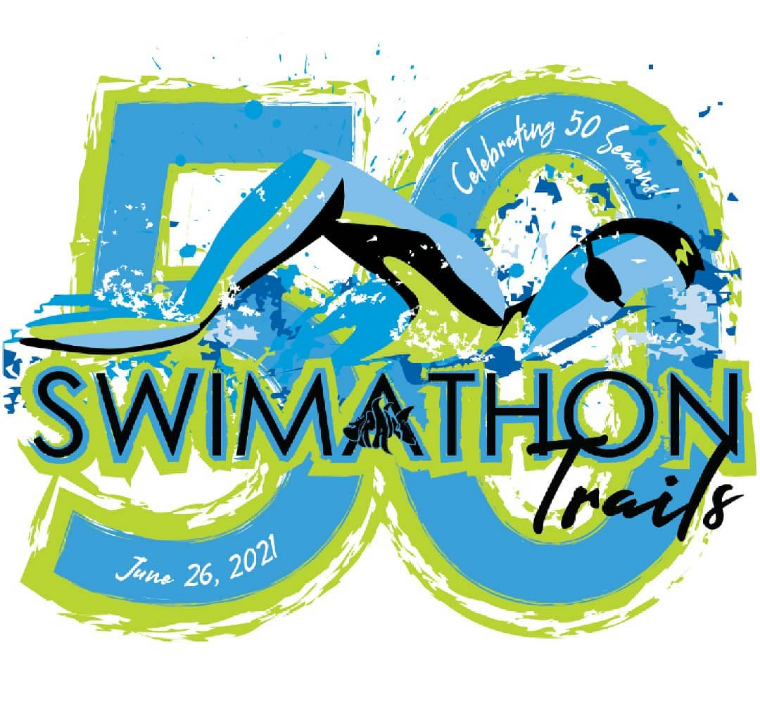 The Trails swim team held its Inaugural Swimathon on Saturday, June 26 at the Algonquin Lions Memorial Pool. Sswimmers aged 6 to 18 swam for up to an hour each to raise $6485.31 for the local team, with more coming in through pledges. Despite the rain, the event was a big hit with families. Donations are still being accepted to reach their goal of $8000: tinyurl.com/trailsswimathon

The Swimathon is the community swim team's primary fundraiser for the year and is essential to the summer program. Funds from this event directly benefit all of the teams hardworking athletes across all ages and abilities. The money will go toward paying for pool rental and coaching staff, as well as to replace aging equipment, such as a timing board, plungers and backstroke flags.

A Swimathon is a non-competitive time in the pool. Athletes signed up for a 30 or 60 minute time slot at the pool to swim as many laps as they can! They raised pledges per lap and collected donations from friends and family. Coaches counted laps and swimmers earned raffle tickets for laps swam as well as challenges the coaches gave them throughout their swim.

The fundraiser will go a long way to recoup losses from the past year in which the team had $4000 in expenses with no income. The Swimathon also will replace the funds that usually come from the Trails Invitational, which is a day-long competition with northern Illinois swim teams that would have celebrated its 25th anniversary in 2020. This is the second year in a row the team was unable to host this annual fundraiser. The teams biggest yearly expense is the facility rental of the pool. A typical year costs about $27,000. We are so thankful for the Village of Algonquin, which has negotiated with the team a one-year contract as a discounted flat fee for this summer,” said team President Sara Mason. Without their help, it would have been another disappointing cancellation for the kids.” Other annual expenses include coaching staff salaries and club insurance (liability insurance and unemployment insurance). The team also needs to rebuild the equipment fund to prepare for future replacements and emergencies. In order to keep pricing accessible for swimmers, especially in a year when so many have gone without such opportunities, the Swimathon will help ensure the small community team not only survives but thrives this year and next.