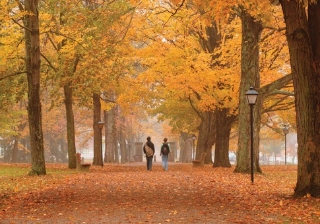 In a ceremony held on Saturday, September 11, coach Ken Heis was inducted into the Kenyon College Athletic Hall of Fame for his accomplishments in the pool.

While swimming as a freshman sprinter at the 1995 NCAA Championships, Heis earned the first two of his 13 career relay titles. The following season he was a repeat winner in the 200- and 400-yard relays, and then added a crown in the 400-yard medley relay. He collected four more relay titles in each his junior and senior years. Flying solo, Heis captured his first individual NCAA title in 1997 with a 20.33 finish in the 50-yard freestyle. In 1998, he repeated as champion in the 50-yard freestyle (19.94)(National Record) and also claimed the 100-yard freestyle crown (44.34). By the time he graduated, Heis had 22 All-America awards.  Coach Heis was a 1998 graduate of Kenyon.  Congratulations.