Coaches
Site Map
I am Not a Victim! 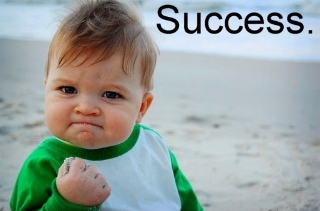 I Am Not a Victim!

Kevin Brown, Director of Franchise Sales for SERVPRO in Nashville, TN—a QBQ! believer and Miller friend— makes me think when he says, “Life is fair … bad things happen to all of us.”

How often, though, do we think life is not fair? Ever made statements like these?

Oh, and here’s a bonus one:

We’re going through a ton of change at work. It’s not fair!!!

My wife, Karen, has a favorite phrase. “It just is,” she’ll say. Meaning, sometimes stuff just happens, circumstances just exist, and people simply act like people. The truth is we were never promised “fairness.”

Childhood friend, Philip Foltman, and I were both born May 28, 1958. I, though, am three hours older and never let him forget it. Growing up in Ithaca, N.Y., we graduated from Ithaca High in 1976, were pals during our college years, and he served as my “best man” in 1980. And that he is: the best.

But in comparison to Phil, I am a victim! I have “the right” to be angry, hurt, and bitter. It’s not fair!

How come? Because for over 35 years Philip has had something that I have not: A mom.

In fact, he still has his mom. I can barely remember mine.

I've not had a mother since Gerald Ford was President, the Bee Gees were hot, and Star Wars was only in George Lucas’ imagination. It was May 20, 1975, while attending a “ladies’ meeting,” Mary Miller, age 51, experienced a blinding headache, slumped on a friend’s sofa, and was rushed to the hospital. Two hours later she was gone. A quiet but deadly killer had taken her. “Aneurism” is a word I wished I’d never learned, and certainly not at 16.

But Philip, my buddy, was there that tragic day in 1975. Within an hour he was at my house and five days later he and his mom—“Mrs. F”—came to my mom’s memorial service.

Three and a half decades later, he still has his mom. Phil is a fortunate man. But so am I, as I have many blessings ...

Karen is still my best friend, there are seven special people ages 27 down to 11 that call me “Dad,” a beautiful baby grandson, Joshua, has joined the Miller clan, and I love what I do.

And just as I certainly would never hold it against Philip for still having his mom, I shouldn’t hold it against anyone for having more of anything than I do. Envy doesn’t wear well. Neither does the It’s not fair!

We're all victims! mentality that pervades our society today.

When I hold it against others that they have more of anything than I do, I have chosen to be a victim.

And victim thinking, self-pity, and envy eat away at my soul, destroy my ability to contribute, and make me a lesser person. Maybe even a small person.

Bottomline, when I play victim, I serve nobody—not even myself. It's far better to flip the switch and completely eliminate victim thinking from my life.

Kevin Brown is right: Bad things happen to all of us. Sometimes those bad things are tragedies beyond our control and sometimes they’re the result of our own mistakes. Either way, the secret to life success is in how I respond, the choices I make, and how I talk to myself.

* Success and happiness are based on choice not chance.
* My decisions have directed me to my destination.
* I am personally accountable for every choice I make.
* I am not a victim!

Thoughts like these enable each of us to be outstanding. It’s just as simple as that!

Outstanding! 47 Ways to Make Your Organization Exceptional
QBQ! The Question Behind the Question®
Flipping the Switch ... Unleash the Power of Personal Accountability