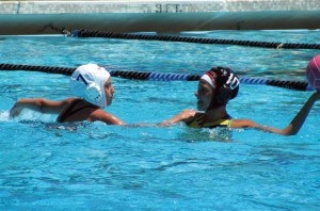 Napa Valley Water Polo’s Kathleen Schafle has been selected to the Olympic Development Program for cadets ages 12-and-under from Central California and will be attending an invitation-only camp from Dec. 9-17 at the U.S. Olympic Training Center in Colorado Springs, Colo.

Schafle attends St. John’s Catholic and has been a member of NVWP for three years, beginning in the organization’s first year of Speedo Cup camp.

Schafle will have an intensive introduction to the USA Water Polo national team program that will be overseen by the National (Olympic) Team coaching staff.

“This is quite an honor for Kathleen as it is based upon her current level of skill and potential for future development as seen by her coaches,” said Julian Szmidt, executive director of Napa Valley Water Polo