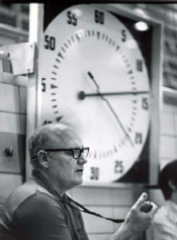 Originally printed in Swimming World Magazine July 1989, Adapted and used with permission of the author

Let’s take a look at the coach-parent relationship from the coach's perspective.

It can't be denied that a small per­centage of those who go into coach­ing do so from a desire to feed an oversized ego, for the opportunity to give orders. . . and see them fol­lowed, and that such people can be high-handed, authoritarian and dif­ficult to deal with. Other coaches start out as reasonable people, but harsh experience in parent relation­ships hardens them into an attitude that "It's my way or the highway."

Most coaches, though, are reason­able and responsible souls who enter the profession because coaching can offer a rewarding lifestyle.

Coaching is an opportunity to work with highly motivated, goal ­oriented kids-the cream of the younger generation-to inspire and teach, and ultimately to see the con­crete results of your work. But to earn those rewards, you're asked to work long and unusual hours at far lower compensation than you could earn in the business world. Coaching can be lonely in a way because you give up much of the companionship of the adult world to spend so many of your hours with children; many coaches are reluctant to form friend­ships with parents because of the danger of criticism that you're too cozy with certain "factions." If you have a family, you spend more time with other people's kids than you do with your own.

You may become addicted, as I did, to the sense of mission you enjoy in coaching. . . . and which is lacking in other occupations; but the slings and arrows of dissatisfied parents become painful in light of the sacri­fices you make for what you feel is a basically praiseworthy and selfless occupation. For many coaches, even­tually the negative side of the ledger outweighs the positive side, and good, experienced coaches depart the arena for greener pas­tures . . . to be replaced by younger coaches who lack their maturity, wisdom and developed perspective.

What can be done about it? How can the proper and mutually bene­ficial trusting relationship grow be­tween coach and parent?

The first step is for both coaches and parents to give more than lip service to the philosophy that their shared objective-and that of the entire program-is the multi-dimen­sional development of human poten­tial in children. Second is for parents to make an up-front as­sumption that the coach does, with reasonable consistency, devote his best efforts to that end.

In such an instance, the niggling criticism will all but disappear be­cause those objectives obviously tri­vialize the ordinary contentious is­sues such as who is selected to participate on a particular relay or start in a particular position.

Maybe what's needed is a con­tract to be signed between coaches and parents at the outset of their association. Here are the provisions I'd like to see in such a contract:

(1) I as COACH pledge to make the best interests of the children in the program the priority in my heart and mind. You as PARENT pledge to trust that my interests match your own in this common goal, though our thoughts on how it may best be attained will sometimes differ.

(2) I as COACH pledge to try to maintain the delicate state of balance between what may be best for the individual (your child) and the needs of the group (the team). You as PARENT pledge to remember that if on occasion your child's interest may seem to be subordinated to those of the group, in the long run the benefits of membership compen­sate for short-term inconvenience.

(3) I as COACH pledge to always communicate with you honestly, openly and in a mature manner, and to be approachable and receptive to your reasonable concerns. You as PARENT pledge to broach your con­cerns with me directly, in an appro­priate time and place, and in a spirit of fundamental mutual interest. The PARENT also pledges to refrain from fruitless discussions of such concerns with third parties.

(4) I as COACH pledge my best efforts to provide your child with a range of growth experiences-some satisfying and fulfilling, others challenging and frustrating-to develop his or her ability to respond appro­priately to the full spectrum of ex­periences in life. You as PARENT pledge to allow your child those ex­periences fully and completely with­out attempting to filter, protect or insulate the child from those that may be momentarily negative.

(5) I as COACH pledge to ac­knowledge my frailties, imperfec­tions, my humanity, if you will, and within those constraints to strive to be consistent and fair in my dealings with team members. You as PARENT pledge to be forgiving of individual actions with which you don't completely agree, while focus­ing on the overall objective-that we're both working to help your child grow up to be a stronger, more self-confident and better adjusted person.

The best analogy I can think of to sum -up is that of baking a cake. Take any individual ingredient ­flour, baking powder, baking soda, etc., and put it on your tongue dur­ing the preparation process and you'll likely grimace at the taste. Mix them all together with care, bake at the proper temperature for the right amount of time, and serve-the result is delicious. So it is with the coach's actions.

Take any one individually-as­signing a child to a remedial practice group, verbally disciplining an er­rant child, making a difficult and occasionally subjective decision on a relay or allowing a child to stew temporarily in the bitter fruits of some adversity-and they might be the cause for parental distemper.

But view them as part of a contin­uum that, balanced with timely en­couragement, congratulations for good effort and the sharing of wis­dom, results in the child growing and maturing, and they seem appro­priate and proper. The best advice I can give to parents is to start each season with a strong commitment to support the aims of the program and the methods of the coach, and remember that commitment when you're tempted to critically examine some action of the coach out of the context of his total relationship and interaction with your child.