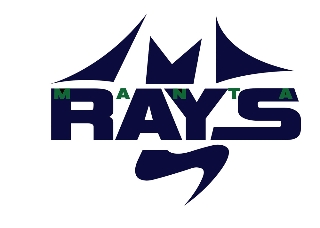 
Just as it is of utmost importance that coaches must be continually positive and optimistic, so too must parents. It has been said that 95% of us are predominantly negative in our approach to life—so most of us have a problem!


These notes are equally applicable to parents, and if not understood and acted upon by the whole swimming family, swimmers will be greatly handicapped, and not reach full potential. Being critical, no matter how much it may seem justified to the parents (“who have spent so much money and time”) is clearly a negative approach with a strongly undermining effect.  When constructive criticism is needed to form the foundations of a revised plan for improvement, parents should express their ideas to the coaches. The secure coach will be able to handle such help. Most coaching organizations welcome constructive criticism, presented in the right way at the appropriate time.

Parents should continually protect the swimmers from the damaging input of negative thoughts.  If they can make a habit of always being positive and only foreseeing success, swimmers will be given the greatest opportunity to transcend existing performance levels. Clearly, the training must be as good as well, but where, in addition, an atmosphere is of positive self-expectancy continually promoted by coaches and family, even when progress seems to be slow and the going difficult, swimmers will have the right mental approach.  While doing their best to carry out all aspects of preparation well, swimmers will learn to regard themselves as winners, and eventually succeed in reaching realistic goals.  The chances of this diminish greatly when parents, often because personal shortcomings (in having a pessimistic, negative nature) continually remind a child of the lack of improvement or failure to come up to expectations. Swimmers should continually be programming their subconscious by positive self-talk and visual imagery of success. This task should be made easy by reinforcing positive vibrations around them.

It is important for the swimmers to know that they are loved no matter what their swimming performance.  The negative fear of failure is much less likely to develop when parents emphasize their love and compassion.

When setbacks occur, the attitude of parents and coaches must express the idea…”Well, you did not do as well as you are capable of this time, but next time it will be better”…positive self-expectancy and optimism.  This helps the programming of the subconscious mind that we should be striving for.  The coach and swimmer should analyze and determine what can be improved and positive action taken.  Parents, above all, should be the least critical and never suggest that what has happened is more than a temporary setback.  If such principles are applied to all our thinking we might well improve our lives too.  It is not only the swimming development of the child that parents can help by the right psychological approach.  We can all benefit greatly.

The parents eventual reward for their sacrifices of time and money will be when the grown-up, mature swimmers realize that their parents have played an important part in their success as a swimmer, and as an individual, by giving them the opportunity to train without attempting to intrude, or basking in reflected glory.