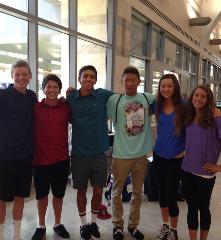 SEVEN Aquazot swimmers take off this weekend to the

This camp seeks to identify emerging young  athletes in each Zone and offers them a unique motivational and educational  experience. The camp will be held May 30 - June 2, 2013 at Arizona State University in Tempe, AZ.

Aquazots are the most represented out of all

15 athletes of each sex are selected based on 2012 Long Course Meters (LCM) IMX point scores according to the following:
Eight girls age 12 and eight boys age 13
Seven girls age 13 and seven boys age 14