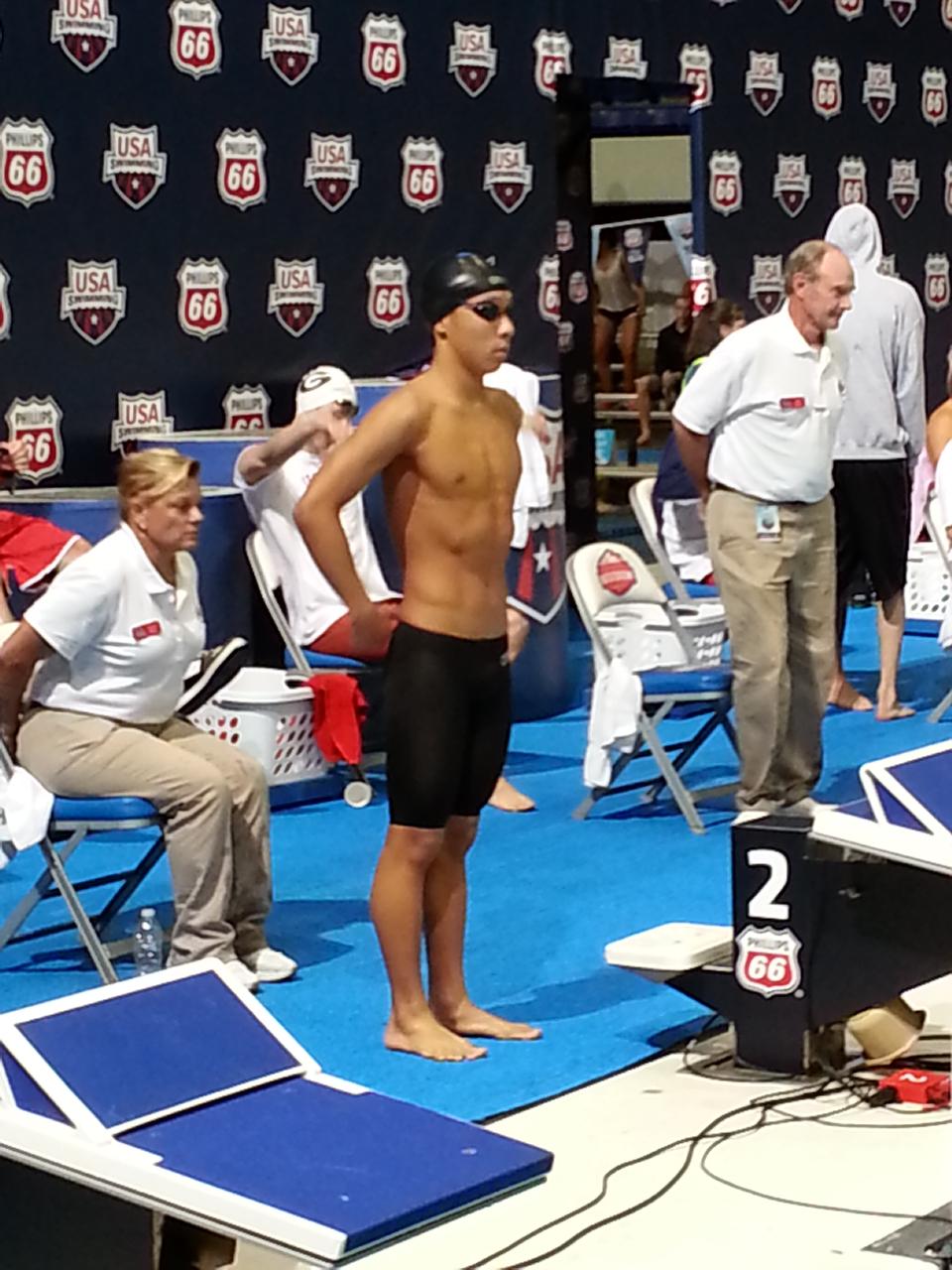 This past week, 17 year old Aquazot swimmer Corey Okubo traveled to Indianapolis, Indiana to compete in the USA swimming National Championships.  Only one month after the end of the high school swimming season, after which Corey was named Orange County High School swimmer of the year, he was ready to test himself against the best swimmers in the country.

Corey is excited to return to training this week, and is preparing for the USA swimming Junior National Championships in Irvine August 5th-9th.

Congratulations to Corey on his great results at Nationals!