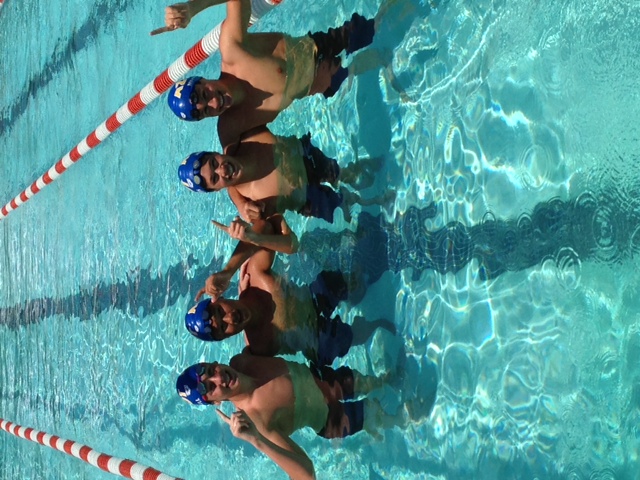 Sunday was Relay Day at the Southern California Junior Olympics meet in Riverside, and the Aquazots took full advantage with a new 13-14 boys National Age Group Record in the 400 medley relay.

The group of Andrew Knoell, Matthew Lee, Timmy Hanson, and Sean Messer combine for a 4:05.87, which broke a tie between two quite old records in the event.

The old mark of 4:06.98 was achieved twice: once in 2004 by Nova of Virginia, and the other time in 1998 by a relay from their rivals at Irvine NOVAquatics in 1998: a relay that was made up of Aaron Peirsol, Jeff Heinz, Mike Cavic, and Bryan Neff. That’s the second Peirsol/Cavic relay NAG Record we’ve seen go down this weekend.

The splits for this year’s relay read:

Individually, none of those times are close to a NAG Record, but in combination it’s a great balance that gave them the all-time mark as a relay.

The boys train specifically with Todd Hickman and Brian Pajer, the later of whom is the Aquazots’ head coach and was the head age group coach at rivals NOVAquatics in 1998 when the old record was set. Pajer split off in 1999 to found the Aquazots.