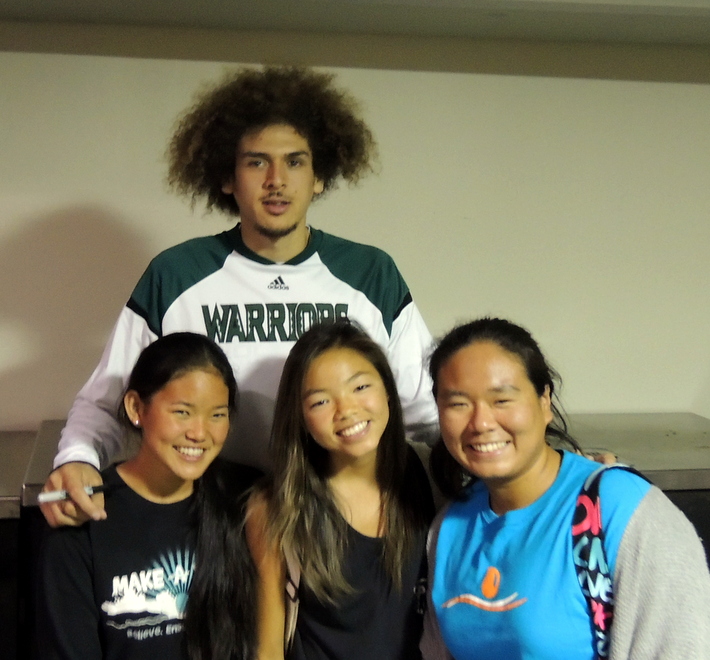 Team Splash went to the Stan Sheriff Center to see a bunch of athletic heroes as well as watch the University of Hawaii Warriors Men's Basketball team play the California Polytechnic State University Mustangs.  Most of the swimmers got to do the "tunnel experience" high-fiving the basketball players as they went on and off the court.  It was a fantastic game.  Cal Poly took an early lead, but UH settled into their game using their massive inside advantage to end the half up by 10 points.  Cal Poly made a run early in the second half, but UH staved it off and stretched their lead back out to 10 points.  The final score was 69-60 UH.

Doing the tunnel experience meant we got a lot of good photos courtside.  We also stayed after the game to get player autographs and pics with the players.  In addition, there were a bunch of cosplayers who came dressed up as various heroes.  The costumes were great and some of the swimmers took pics with them.

Please  see the Pictures section for more pictures (and video!).