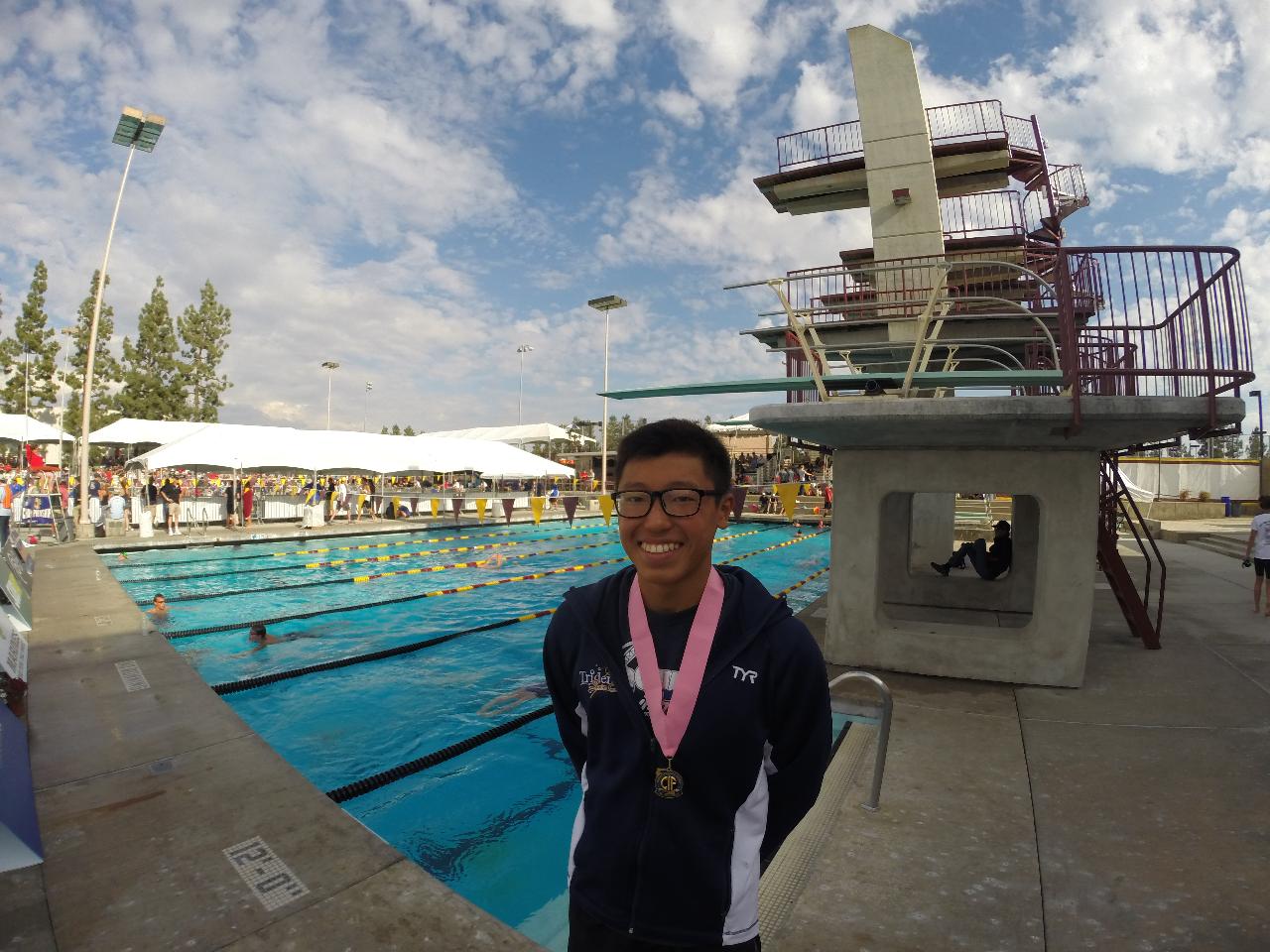 Michael Wang was dropped off at Rowland High School 9 years ago by his Parents.  Trident was only 1 year old at the time.  Since then, Michael has gone on to achieve great things.  Michael will be competing at UC Santa Barbara in the fall.  What has led to Michael's success?   Consistency (practice attendance) and Hard work.  Michael has set the standard for all the current and future Tridents.  Below is an extensive list of accomplishments.  Michael has been a joy to coach and has made the rest of his teammates better.  This year we graduate quite a quite a few Tridents in addition to Michael.  Mei Ling Chun, Nicolle Au, Lauryn Robbins, Raymond Lam.  We wish these Tridents much sucess in their future.  They have been wonderful to coach and they will be missed!!!!