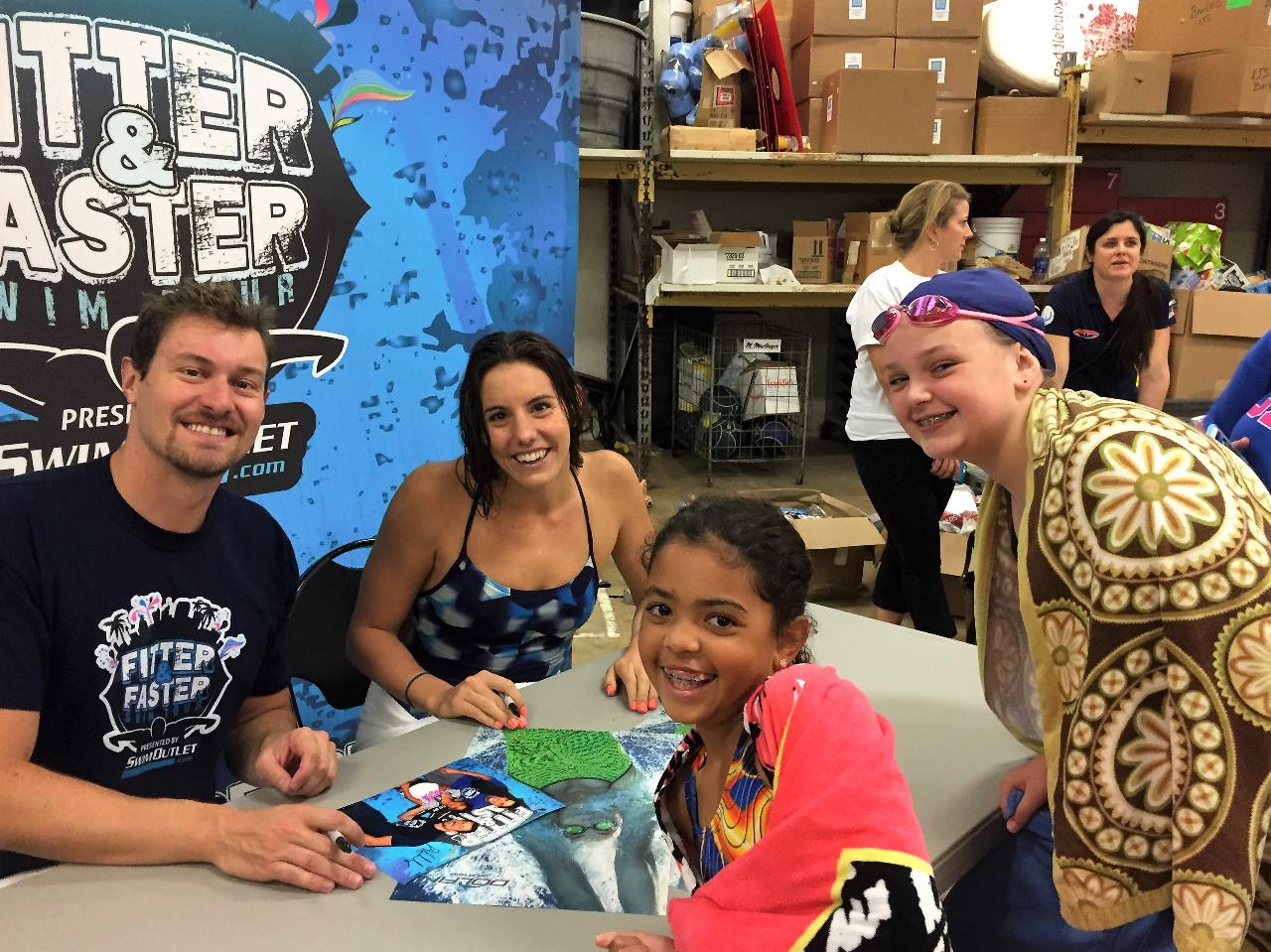 Elena Bowles and Georgia Garner, pictured here with champion swimmers,  Peter Vanderkaay and  Laura Sogar at the Fitter and Faster clinic held at University of Maryland on September 27th. This clinic was one of many such clinics held nationwide, sponsored by Swim Outlet. The focus of this clinic was Breaststroke technique, freestyle and powerful starts. Vanderkaay is a four time Olympic medalist and a world record holder. Sogar, an NCAA Champion, is one of the top breaststrokers training for the 2016 Rio Olympics.