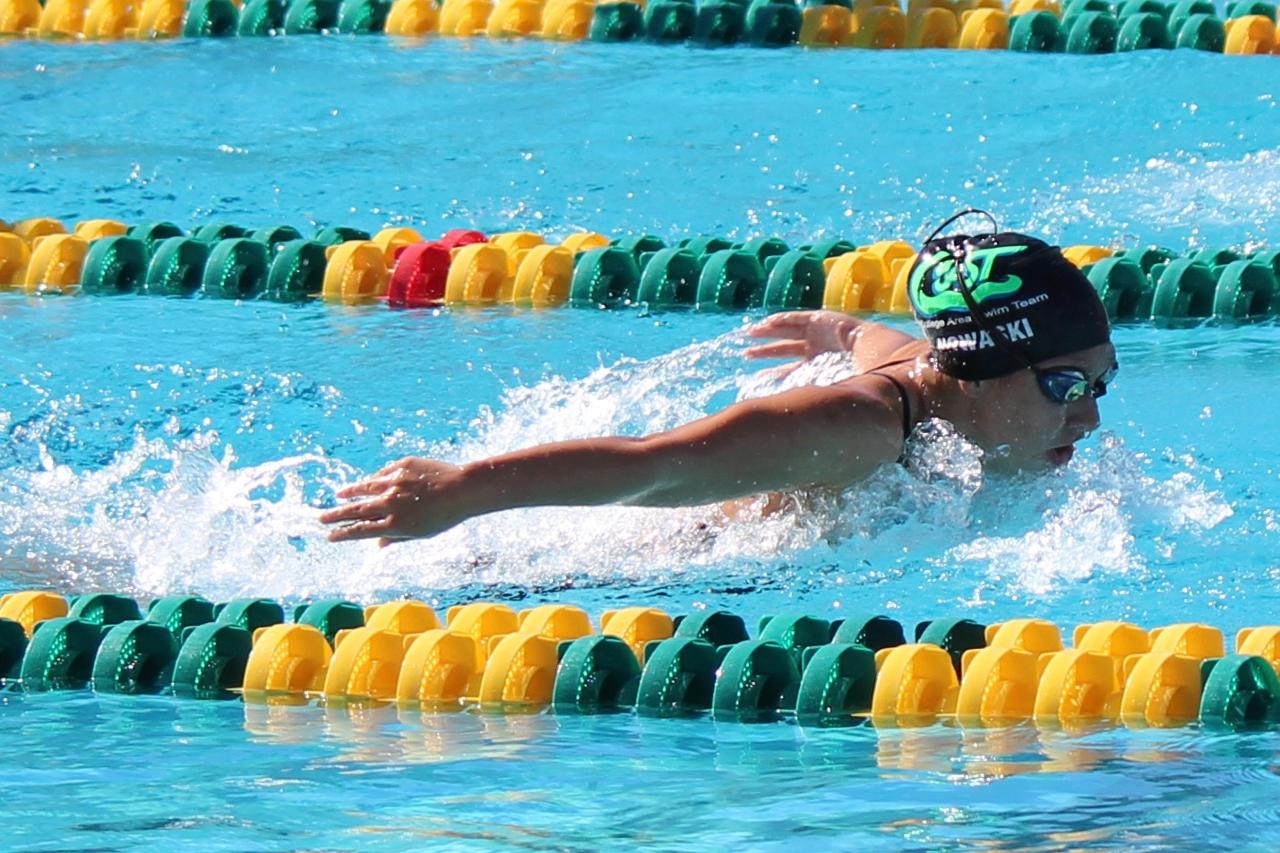 Huntington Beach and the Golden West College Pool was the setting for November 6-8, 2015 Kevin Perry Senior Meet. We had good weather, good traffic, and good food – so I am going to call it a good meet experience.

The meet started Friday with Danielle, Taylor M, Itzel, Gavin, and Mitchell in the 500 free. Gavin dropped time while Mitchell was within a second of his best. Danielle and Taylor M swam best times in the 200 IM and Taylor L rose to the challenge making the 1st of four appearances in finals over the weekend. In the 50 free Taylor L had another fine swim dropping over half a second! Andrew H was barely off his best and Mitchell dropped hovering just over the 23-second mark.

On Saturday CAST arrived in full force. CAST swimmers Sarah (400 IM), Carlson (400 IM 100 br), Taylor L (400 IM 100 br), Danielle (400IM) Andrew H (100 fly), and Mitchell (800 fr) all represented in finals. Morgan started the morning with a best time in the 400 IM, as did Carlson. In the 100 butterfly - Andrew, Trinity, Naomi, and Itzel swam near best times; Taylor M dropped time; and Baylee showed marked strides forward. In the 200 free Carlson swam a best time. Sydney swam a personal best in her 100 breaststroke. Morgan and Gavin rounded out prelims with excellent showings in the 1500 and 800 free, respectively.

On Sunday, Danielle decided to make a splash with her last 200 backstroke as a 14 year old setting a new CAST team record. Naomi had a really nice 200 backstroke, as did Trinity. On the men’s side Mitchell dropped time in his 200 back and 100 free. Also in the 100 free, Sarah, Taylor M, and Jason were just off their best times. The 200 breaststroke was another big winner for CAST with best times for Sydney and Gavin and trips to finals for Taylor L and Carlson. In the 200 fly Itzel and Carlson had best times and Sarah went to finals. The day ended with the 800 and Sarah taking 2nd overall.

Reflecting back - Morgan takes the yardage award racing well over 3000 yards.  Sydney was the specialist dropping time in the 2 events she came to swim (100 and 200 breast). Grace is our chief cheerleader and Jason remains the man of many talents. It was a fine weekend to race and CAST did a fine job. Now back to work getting ready for the next one.