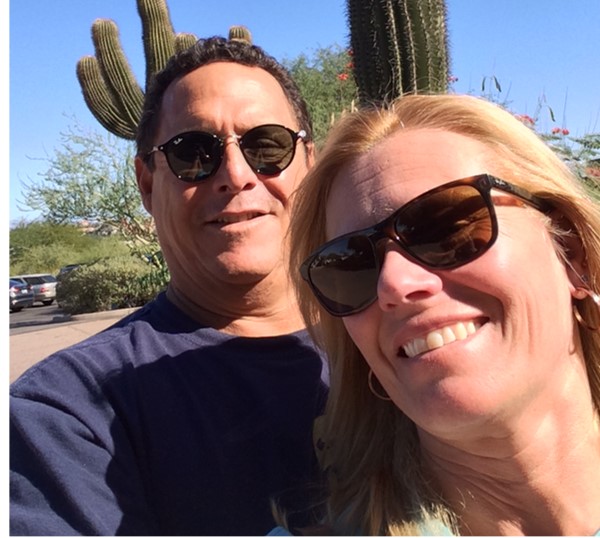 “Pitchfork Aquatics is a non-profit entity that is providing the opportunity for anyone in the Phoenix community to learn to swim, improve their fitness, or compete at their highest level through its programs in a safe, fun, and challenging environment”, said Rob Richardson, President and Founder of Pitchfork Aquatics. “The three Pitchfork prongs represent our core values of Safety, Fitness, and Performance, with a commitment to excellence in teaching, training, and talent development in the pool and in the community, and the addition of Fernando and Mona to lead our club team coaching is a direct reflection of these values, and our commitment to grow the sport of swimming in the state of Arizona”, said Richardson.

Fernando brings a wealth of experience from his 30+ years of coaching at the collegiate level (University of Michigan, Colgate University and UC-Santa Cruz), as well as the club team level as Head Coach with the City of Richardson and Keller Swim Team in Texas where he developed a National High School Swimmer of the Year as well as numerous High School All America’s and Texas State Champions. Fernando served as High Performance coach with National Champion Club Wolverine in Michigan. In addition, Fernando coached with the French National Team during the FINA World Championships in 2013 as Olympic and World Champion Yannick Agnel’s personal coach and most recently as National Team Director and Head Coach with the Turkish Swimming Federation. He has held various administrative positions with NCAA, USA Swimming and UANA and as a FINA lecturer. He is also fluent in 5 languages (Spanish, French, Italian, Portuguese, and English). Fernando has a Bachelor of Science degree in Exercise Physiology from the University of Michigan. He was a member of three Olympic Teams, was an NCAA All America at University of Michigan and at the top of his career he ranked among the world’s fastest sprinters.

Mona, a native of Bergen, Norway, has coached for 25+ years at the collegiate level (University of Houston, University of Illinois, University of North Texas, Colgate University, and University of Michigan) and head age group coaching positions with Dallas Mustangs and City of Plano Swimmers. She was the Head Coach Denton City Aquatics in Texas as well as Head Senior Coach with the National Champion Club Wolverine in Michigan. She was recently the Director for High Performance in Istanbul for the Turkish Swimming Federation. Mona was awarded North Texas Age Group coach of the Year and ASCA Age Group coach of the year for Michigan. Her significant educational background includes a Master of Science in Sport and Exercise Psychology from University of Illinois, Masters of Physical Education/Exercise Science from University of Houston, and Business Economics and Marketing Bachelor degree from University of Arizona where she was a four year letter winner. Over the years Mona has developed and implemented various programs for student athletes as well as international clinics for coaches. She is currently serving as the Technical Advisor for Coaching in Swimming for FINA. Mona and Fernando have two sons, Francisco (16) and Thor (14) who are both multi-sport athletes.

“We are very excited to have Fernando and Mona on our staff. They have demonstrated their ability to start and grow a swim club from the “grass roots”, develop athletes and maximize their enjoyment and success in swimming, and achieve results personally and professionally at the local, National, International, and Olympic level”, stated Richardson. After Coach Bob Bowman introduced me to Fernando and Mona, it was immediately obvious that we shared a common passion to excellence in developing age group and college age athletes, providing outreach programs, and supporting water safety and drowning prevention in the local community. With the inclusion of ASU coaching staff and high performance athletes, Pitchfork Aquatics will offer an overall experience of coaching, facilities, and results that is unmatched anywhere in the United States.”

The club team, learn to swim and swim league registration is now open at www.pitchforkaquatics.org. The club team practices will start on January 18, 2015 at the Mona Plummer Aquatic Center in Tempe, AZ. Learn to swim classes with the Michael Phelps Swimming curriculum started in October 2015 at the ASU Polytechnic Sun Devil Fitness Center, and will begin at the ASU West Campus Fitness Center beginning in March 2016. Swim and Sport Camps will be offered at both Fitness Center locations during the March 7-11th Spring Break period, including Mermaid and Shark classes for people of all ages. Pitchfork Aquatics will also be hosting 5 day overnight swim camps in the May and June timeframe at the Mona Plummer Aquatic Center.

About Pitchfork Aquatics Pitchfork Aquatics, Inc is an Arizona non-profit entity based in Phoenix, Arizona utilizing the aquatics facilities on the campuses of Arizona State University. Their mission is to provide the opportunity for anyone in the Valley of the Sun community to learn to swim, improve their fitness, or compete at their highest level in a safe, fun, and challenging environment. Programming includes learn to swim, stroke technique, camps, clinics and a year round swim club team. For more information, visit us at www.pitchforkaquatics.org or on Facebook at www.facebook.com/pitchforkaquatics.