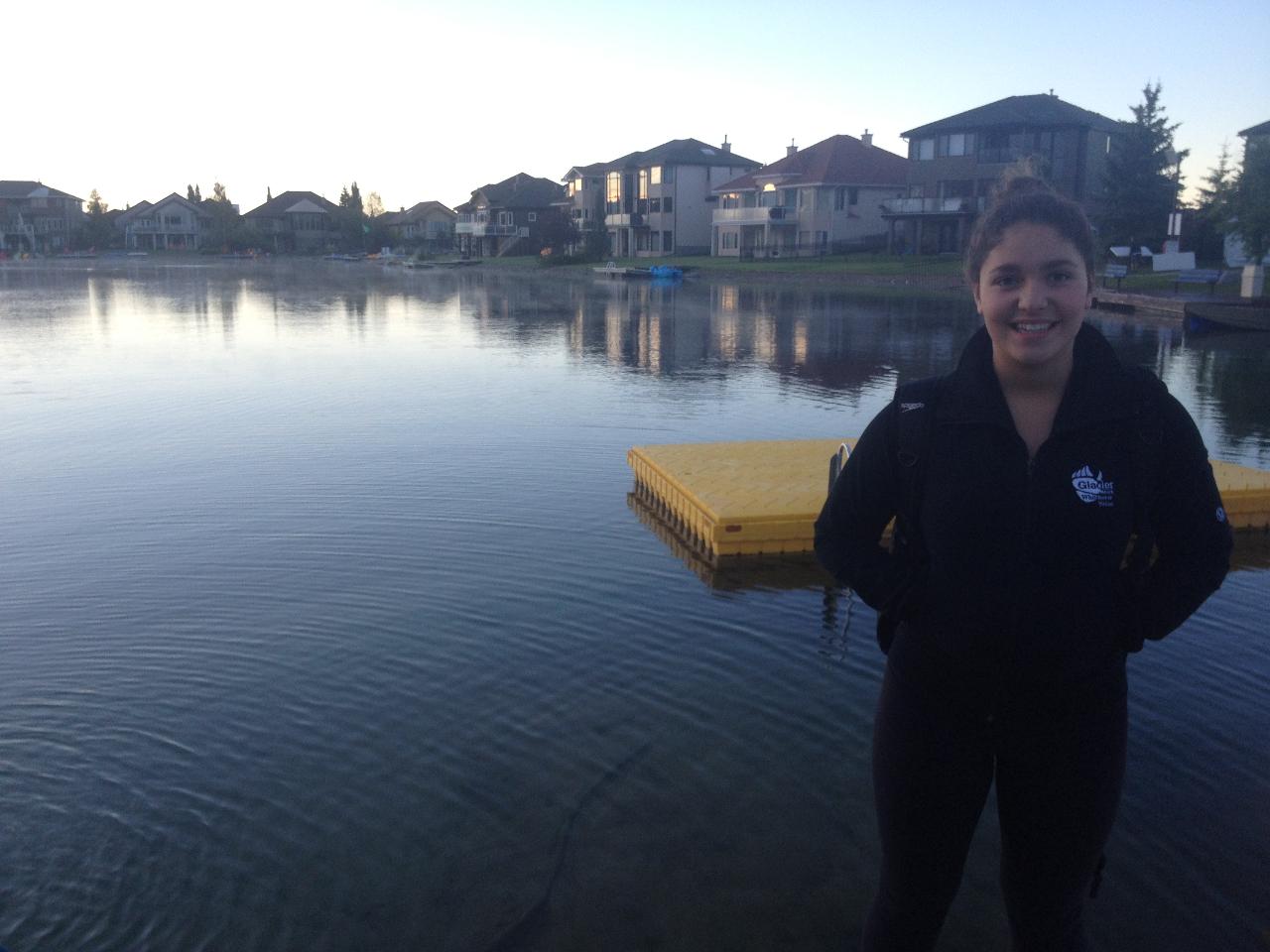 This was our last and the highest level competition this season. WGB had 3 girls representing Yukon in Calgary, Alberta.
Sisters Cassis and Rennes Lindsay already had experience at the National level, but for Hannah Kingscote this was something big and new. The swim meet took place in two indoor 50m pools with an additional dive tank for a swim down. Not only the atmosphere of the high level of swimming, but also the entire sports complex made our girls feel special.
Rennes Lindsay
First finalist for Yukon. Rennes came 8th in 1500 free. She swam brave. In the prelims she took a lead from the first 50m and she was getting away from other girls in her heat on every stroke.
In 800 Free Rennes went out very fast leading her heat for the first half of the race. It was a very brave start for Rennes. She could not hold the strong pace for the entire race and she finished 5th in her age group category breaking her best time.
Rennes was a second alternate for 200 Free final (10th place). She swam it very well. To get into the final she needed to swim only 0.04 sec faster.
On the last day Rennes swam in 400 Free final. She was fighting her best but missed a medal and finished 4th. The time gave her a first National Junior qualifying time for the next year Championships in Toronto.
Cassis Lindsay
She is always the best off the dive. Cassis is very explosive. Cassis finished 11th in 50 Free and was only 0.15 sec outside the final.
Hannah Kingscote
She is racing at National level for the first time. But she can see that not only in BC, but at the National level, her under water fly kick is amazing. She even heard compliments from other coaches how good her kick is.
Her best times were not enough to make a final at National Championships but she gained a lot of experience and she is aiming for next year National AG qualifying times.
OPEN WATER

Rennes came 10th in 13 years old. She swam in a pack on the first lap and being not aware of the pack breaking apart on lap two, Rennes end up swimming in the second group.

She didn't have enough energy to improve her position at the end.

Rennes was leading the group of those girls for a while, which cost her too much energy, we were not ready for this.

She learned a lot during this race. We  reviewed the race and spoke about a better position in the pack. For sure the more we race in open water the more Rennes can learn to become better.