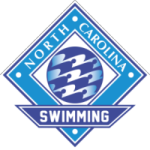 On Saturday night, October 1st, North Carolina Swimming held their annual Awards Banquet in honor of the 2015-2016 season. The event was held at the Charles Mack Citizen Center in Mooresville, NC.

Over 300 athletes, coaches and officials were present for the event. Olympic Gold medalist and NBC commentator Rowdy Gaines was the evening’s special guest, and moved the crowd through an inspirational speech centered on all that can be gained through the sport of swimming.

Two WNCY Piranhas were on hand to be recognized at the event:

We are extremely proud of Olivia and Aj for their accomplishments both in and out of the pool!