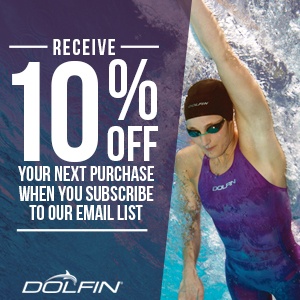 Rio Olympic Stadium in State of Abandonment,”Handed Over to the Cats”

Brazilian news outlet Globo is reporting that the site of the Rio 2016 Olympic opening and closing ceremonies has fallen into abandonment, ridden with stray cats, without power, and littered with trash.

Nebraska – Omaha, Ohio State and Minnesota State – Mankato are among the college swim teams flying through the Ft. Lauderdale airport today, the site of a shooting this morning. So far, sources from various teams have told SwimSwam all team members are OK.

Disclaimer: BlueSeventy Swim of the Week is not meant to be a conclusive selection of the best overall swim of…

The SEC dual meet matchup between the Auburn and Texas A&M women has been called off, as weather conditions led to the the Aggies’ flight from College Station being cancelled.

Former University of Arkansas Head Swimming Coach Edward Fedosky passed away on December 18th after a long battle with Parkinson’s disease. The 89-year-old had coached the Arkansas squad from 1968-78, guiding 7 swimmers to Southwest Conference titles during his tenure. Fedosky was also inducted into both the Arkansas Sports and U.S. Swimming Halls of Fame.

Prior to joining Arkansas, Fedosky served in the Marine Corps in WWII. He then moved on to coaching stints at Union College in Schenectady, New York, Kansas State University, and finally the University of Arkansas.

In 1975, Fedosky created and ran the ‘Swim Ranch’ a swimming instructional school operated by family.

Below is the obituary for Edward “Coach” Fedosky, as seen on ArkansasOnline.

Edward “Coach” Fedosky, 89, of Fayetteville, died Sunday, December 18, 2016 at his home after a long battle with Parkinson’s disease. He was born December 15, 1927 in Calumet City, Illinois to Edward and Grace Fluegge Fedosky.

Ed served in the Marines Corp during the final months of WWII. He received his Master’s degree from Indiana University, and went on to teach and coach swimming at Union College in Schenectady, New York, Kansas State University in Manhattan, Kansas, and finally at the University of Arkansas.

Coach and his family spent summers operating Wilderness Campsites at Lake Shishebogma in Wisconsin. They moved to Fayetteville in 1967 when Ed became the Men’s Razorback Swim Coach. During his coaching career, he was inducted into both the Arkansas Sports and U.S. Swimming Halls of Fame. Ed built and established Swim Ranch in 1975 and operated it with his family, teaching countless people how to swim for the past 41 years.

Ed was a longtime member of Fellowship Bible Church in Lowell. He and Virginia were morning “greeters” for over 20 years. The family is rejoicing that he is now face to face with his Savior.

Ed is survived by his wife of 64 years, Virginia “Kiki” Eubank Fedosky of the home; five children, Edward Fedosky and wife Rebecca of Madison, Wisconsin, Susan Gabbard and husband Ron of Elm Springs, Dr. Scott Fedosky and wife Teresa of Fayetteville, Kim Brinson and husband Mike of Wesley, Dr. Keane Fedosky and wife Amy of Rowlett, Texas; three brothers, Victor of Oregon, Allan of Florida, Wayne of Springdale; one sister, Virginia Jerzyk of Indiana; 23 grandchildren and 12 great-grandchildren. He was preceded in death by a sister, Juanita Meunier.

Loretta grew up outside Toledo, OH, where she swam age group and high school. Graduating from Xavier University, she stayed in the Cincinnati, OH area and currently resides just outside the city in Northern KY. Loretta got back into the sport of swimming via Masters and now competes and is …

More from Loretta Race
See All