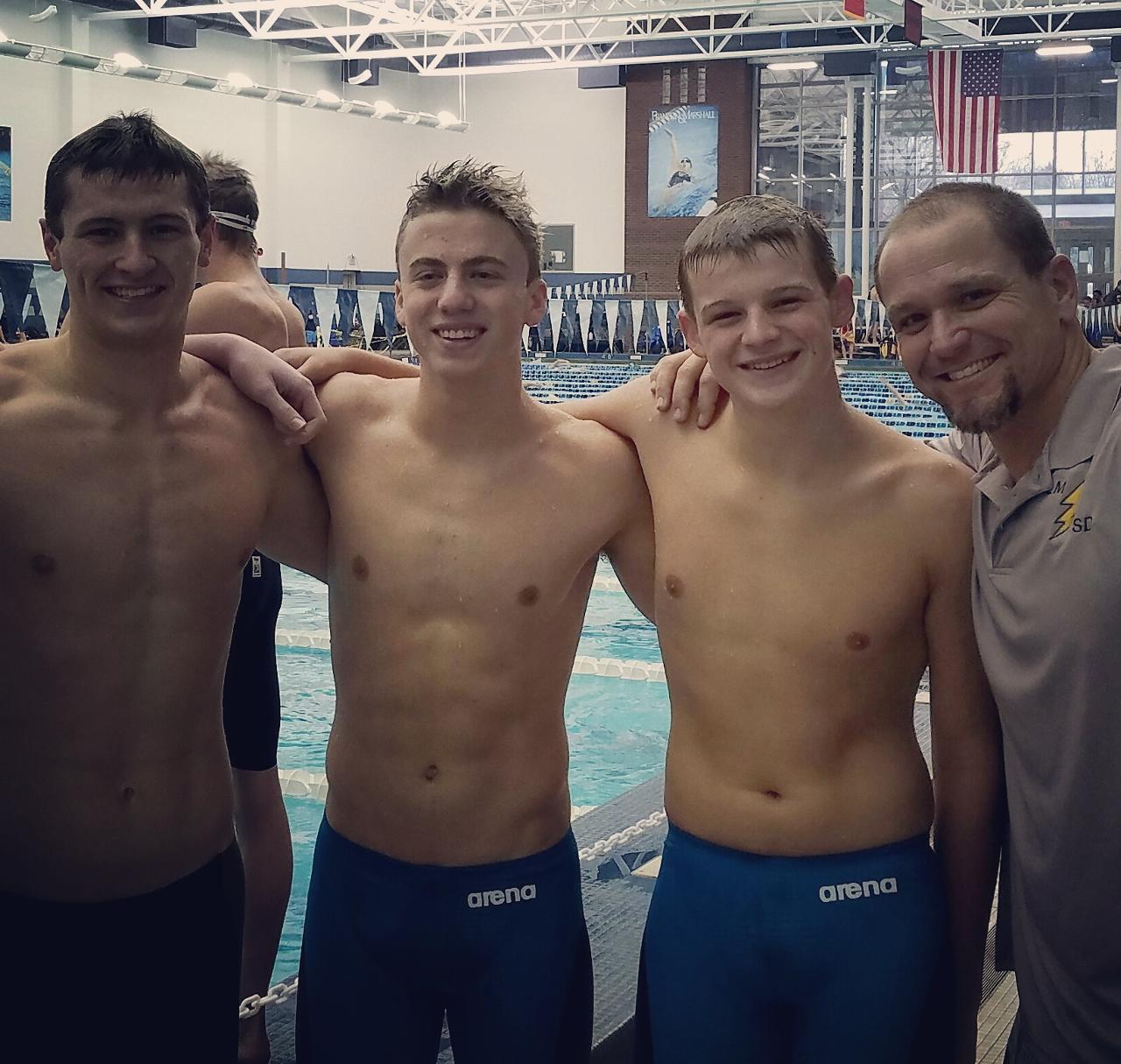 Tapering is ONLY for 14 & Over (High School aged) swimmers, should only be done per the coach's decision, and ONLY to be done 1 to 2 times per season at sanctioned championship meets

Most swimmers and coaches know about the all important time period in the season known as “the Taper”. Swimmers look forward to this time with excitement and joy. They see that the championships are at hand and the hard work is gone. It is a time for swimmers to reap the rewards of all of their training and swim their best.

For coaches the Taper is a time of deathly uncertainty. Did we do enough work? How much rest should I give my swimmers without allowing them to detrain? How many days of rest? How much should I decrease volume by? What am I missing? For many veteran coaches years of trial and error have aided in refining the concepts necessary for a successful Taper. For newer younger coaches without the years of experience…where do you get good information on how to successfully taper your swimmers?

WHERE DOES THE IDEA OF TAPERING FOR OPTIMAL PERFORMANCE COME FROM?


Tapering was first described in swimming literature in 1963 by Australian coach Forbes Carlisle. Since the description of Tapering by Carlisle most coaches have accepted the importance and significance of the Taper. “Most seasons are made or broken on what happens in the last three or four weeks” Peter Daland ASCA 1974.Cecil Colwin wrote in his book Breakthrough Swimming “Tapering is a complex phase of the season” and “ …over 30 years it has proved to be the most significant contribution to the progress of competitive swimming”. With the realization of the importance of Tapering to swimming fast one would expect to find a great amount of information in swimming literature. In reality, due to the complexity of the topic little has been written about Taper. Most coaches tend to be more comfortable (and more willing) discussing training theories than Taper concepts.

Sport Scientists have researched the mechanisms and effects of various types of tapers on athletic performance. Research done on swimmers and runners has shown that positive adaptations can occur with a well employed taper strategy.

Before delving into the specifics of Taper we have to first define Taper. The most recent and comprehensive definition for Tapering comes from Dr. Inigo Mujika a Spanish researcher (and coach);

“A progressive nonlinear reduction of the training load during a variable period of time, in an attempt to reduce the physiological and psychological stress of daily training and optimize sports performance and enhance training adaptations during the taper period.” (Mujika et al. Sports Med. 34:891-927,2004; Thomas & Busso Med. Sci. Sports & Exerc. 37: 1615-1621, 2005)

The key aspects of the definition are; a reduction in accumulated fatigue, the time frame(varying), and that work leading to adaptations done during Taper can further aid in optimizing performance. Taper is more than just the time for rest.

The training load is comprised of three factors; volume, intensity and frequency. Which of these factors should we reduce during taper to get the best results?

Reductions in training volume- Scientific research shows that reductions in training volume from 40-90% from pre-taper workloads to the conclusion of taper have been shown to be effective.(Bosquet et. al Med Sci. Sports & Exerc.39:1358-1365, 2007) How much of a decrease is best? A meta-analysis of research shows that positive effects start at 21–40 % and peak 41-60% reductions in volume. If coaches are unsure of training volume reductions than 41 –60 % is safe bet. Volume reductions refer to total volume of taper versus total volume of previous training block. Not simply the volume at end of taper. Successful ranges have been seen at 80-90% volume reduction for tapers lasting less than 10 days.(some refer to short duration tapers as drop taper).Individual differences, previous training, gender, muscle mass are factors that should be taken into consideration by the coach when determining the optimal reduction in volume.

Reductions in frequency- will reductions in the number of training sessions be effective in optimizing performance as part of taper? Reductions in frequency greater than 20% have been shown to have negative effects on performance. Biological mechanisms for this effect could not be identified. Researchers concluded that there could possibly be a neuromuscular cause - decrease in ‘feel’ for the water.

Duration of taper – Positive physiological and performance adaptations have been observed in scientific literature as a result of taper periods lasting; 10, 14, 21 and 28 days. According to a research study by Bosquet et al. Med. Sci. Sports & Exerc. 39: 1358-1365-2007 when looking at standard deviations the safest effect size (most number of swimmers with a positive result) is a taper duration of ~ 2 weeks. Effective taper duration is very variable and a coach must consider all of the factors previously mentioned for each of their swimmers in order to optimize the taper and have great performances.