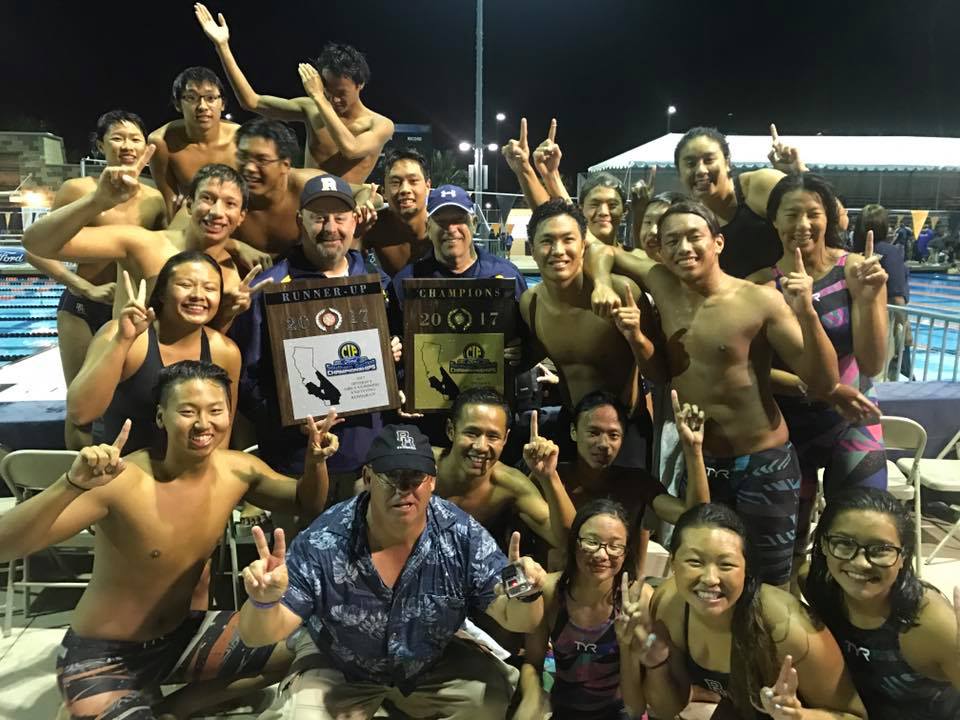 Congratualtions to all the Tridents who Participated in the California Interscholastic Federation (CIF) Swimming High School Championships in Riverside California.

Garren Lee was in the consolation championship of the 200 IM for Wilson,  Sydney Ly swam the fly leg of the Wilson Medley Relay that finished 6th.

Kimberly Garcia (Bishop Amat) swam a great anchor leg of the 200 Medley Relay that finished 2nd. She also competed in the Consolation championships of the 50 and 100 frees.