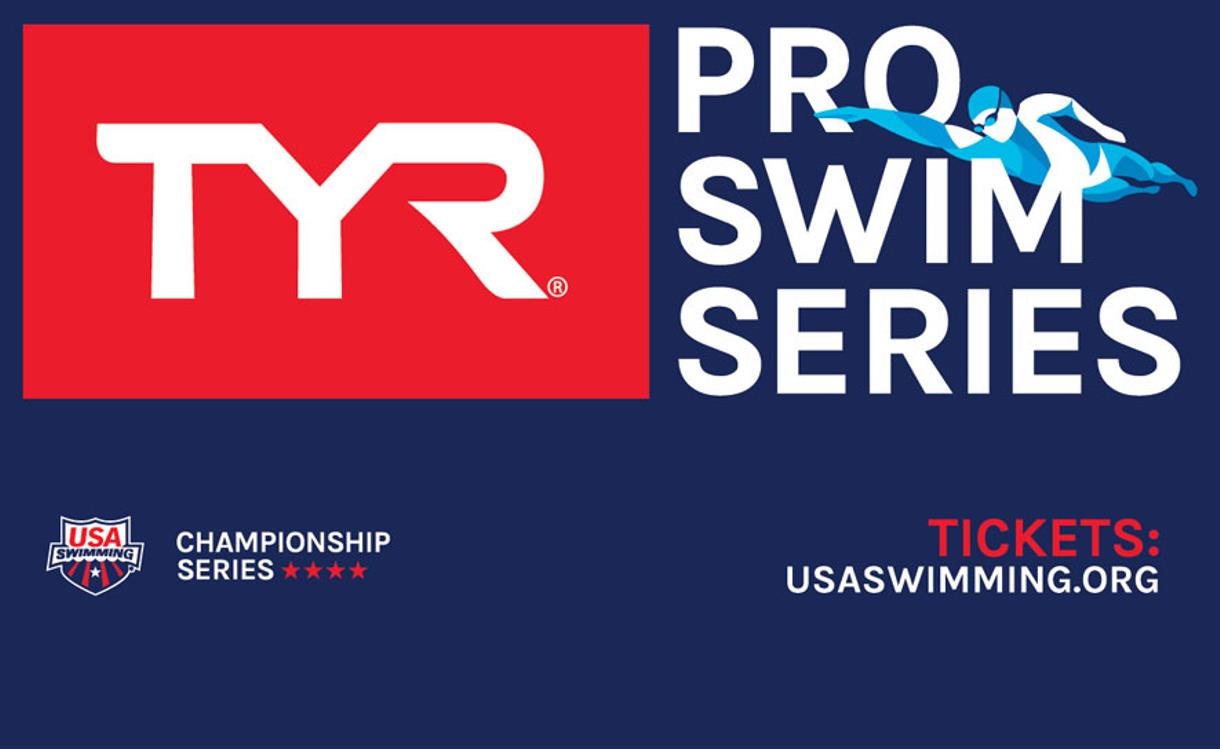 COLORADO SPRINGS, Colo. – USA Swimming today announced a six-meet schedule, exciting format changes and a new title sponsor for the 2018 TYR Pro Swim Series, which will allow fans the chance to see some of the world’s most decorated athletes compete in the fastest race series in the world.

The meet dates and host sites for the six stops of the 2018 TYR Pro Swim Series – all long-course meters competitions – include:

Within the 2018 series, the six meets will feature two different competitive formats. Exciting adjustments to the Austin, Mesa and Santa Clara stops include:

The Atlanta, Indianapolis and Columbus meets will feature C and D heats following the A and B finals.

Adding to the TYR Pro Swim Series excitement will be team scoring throughout the series, called SwimSquad Battles. At the 2017 Golden Goggle Awards, a draft will be held among National Team athletes to build teams for the 2018 series. A team winner be determined at each meet and for the entire series.

USA Swimming and TYR also will create a recognition program for 18-and-under swimmers as part of the TYR Pro Swim Series.

“We could not be more excited for the upcoming changes for next year’s TYR Pro Swim Series,” said Tim Hinchey, USA Swimming President and CEO. “The format adjustments will create thrilling competitions for fans and athletes alike, and the camaraderie within swimming will certainly be on display with the new team scoring. USA Swimming is looking forward to partnering with TYR on what is sure to be a world-class series of events.”

“At TYR Sport we pride ourselves on providing athletes with products that push the limits of performance,” began Chief Executive Officer Matt DiLorenzo. “In becoming the new title sponsor of the 2018 TYR Pro Swim Series, we’re looking forward to not only energizing the swim community with gear they can believe in, but also having the opportunity to support athletes, coaches and fans in a new and exciting way.”

Domestic television coverage for all six stops will air exclusively on the NBC Sports Network and the Olympic Channel in the United States.

Swimmers may earn awards for top-three finishes in all individual Olympic events across the series. At each meet, $1,000 will be provided for a first-place finish, $600 for second and $200 for third. In addition to the single-event prize money, the overall male and female winners of the season-long series will earn a $10,000 bonus.

Male and female overall TYR Pro Swim Series champions will be honored at the conclusion of the 2018 series based on the number of points accumulated throughout the six series meets. Participants will be awarded points in each individual Olympic event throughout the duration of the series (Five points for first, three for second, one point for third place).