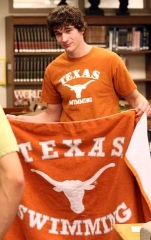 After Severns’ signing ceremony in the Lathrop library, Keith Mays sat at the same table and assured that he would be attending the same college as his twin, Keenan, and also might be a basketball teammate with him.

Last season’s boys 100-yard backstroke state champion is the second Wolfpack in as many weeks to sign a Division I swimming letter. Anne Goering, who captured the girls 100 and 200 freestyle state titles last season, is headed to the women’s program at the University of Illinois.

“That’s an amazing thing for the school, for Fairbanks and for Alaska that we’re sending two kids off to Division I programs,” said West Valley head coach Bryan Mitchell, who sat next to Vandermeer during the signing.

Seattle University helped fulfill a longtime dream for the 18-year-old.

“I wanted to get out of Alaska and experience the world and I wanted to do it while swimming. That was my passion and that was something I wanted to take with me,” Vandermeer said.

Redhawks head coach Craig Mallery was a reason that Vandermeer wanted to be student-athlete at Seattle, where he plans to major in international business.

Mallery was named the Pacific Collegiate Swim Conference Coach of the Year for men and women after guiding the Redhawks men to second place and the women to third place in the conference meet in February in Long Beach, Calif. Seattle won 11 men’s and three women’s conference events.

“He impressed me because of his ethics in swimming,” Vandermeer said. “He also understands that you’re a student-athlete. ... But when you’re at practice, you’re there to practice and you’re going to work your butt off, whether you like it or not.”

The 6-foot-4 Vandermeer helps fill a void for Seattle after PCSC 100 backstroke titlist Bryson Chiu graduated. The former Wolfpack swimmer adds freestyle depth, too, as he placed third in the 100 free at the 2009 state meet.

“They were also looking for another fast sprinter in the 50 and 100 free to advance their relay as well as their sprint group in general,” Vandermeer said. “They have a few good swimmers there and they’re just looking for more up-and-coming swimmers who can help their relays and their team.”

Keegan Severns had a head start preparing for Division I swimming. His brother and fellow Lathrop grad, Caleb, is entering his senior season for the men’s program at the University of Denver.

“He said it was going to be really, really hard but he said it’s a lot of fun,” Keegan Severns said while sitting between his parents, Kent and Cheryl, at the table which he signed his letter of intent.

Caleb Severns told his younger brother that in D-I swimming he would have chances “to grow and get a lot faster and have good coaching and have a good experience with all the other swimmers.”

The University of Texas in Austin has one of the best programs in the nation for all of the above because the Longhorns earned their 10th men’s title at the national meet in March in Columbus, Ohio.

Keegan Severns, the boys 100 breaststroke winner in the 2008 and 2009 state meets, also got a jump on getting to know Longhorns head coach Eddie Reese, who conducted a clinic in Fairbanks three years ago.

“Eddie Reese is the best coach I’ve ever met and probably one of the best coaches in the world. I knew I was going to get a good coach when I went there,” Severns said.

The 6-foot-3 Severns plans to major in mechanical engineering at Texas.