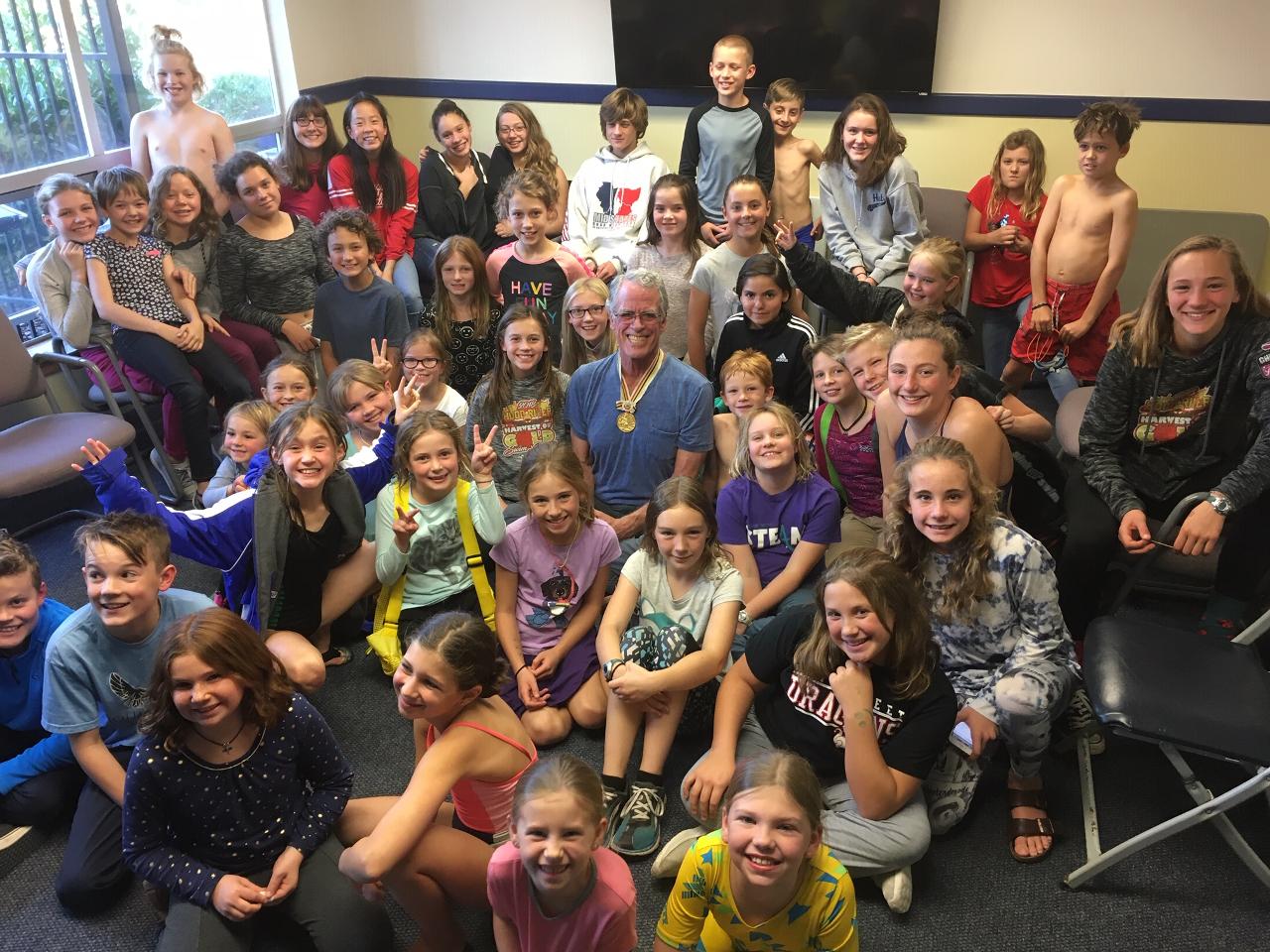 Today we had 1964 Olympian Dick Roth at our pool talking to our swimmers. Telling them the story of how, at 17 years of age in Tokyo, a day or two before he was to swim prelims of the 400IM - the event that he held the world record in - he refused to sign the papers for surgery agreeing to an appendectomy. How the USOC and USA Swimming refused to sign without his consent. How his parents agreed to let him wait until after his 400IM race for surgery. How he mentally rehearsed that swim over and over. How they would only let him eat jello and Hawaiian punch for those 4 days in case he needed emergency surgery - and he lost 10 pounds between the time he was first admitted to the hospital and the finals.

And how after he dove in the pool he has no memory of the race where he not only won gold, but lowered the world record by 3 seconds....!

Our swimmers were so inspired that they all wanted to swim without goggles like they did in 1964, and proceeded to swim without them until a half hour into workout I told them all to put their goggles back on!

And did you know, you can go see his appendix in Florida at the International Swimming Hall of Fame??!!

Thanks again Dick for visiting us today! So fun!