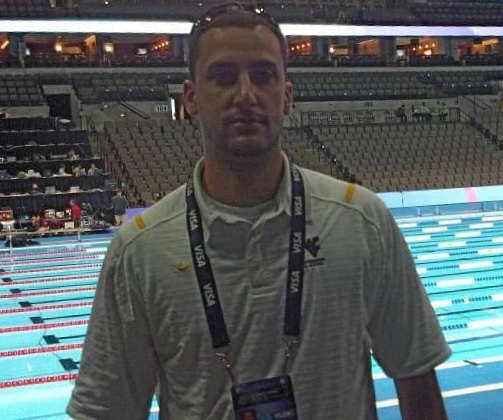 Kyle Gallo is entering his first season as the Head Coach for the Piranhas!  Kyle is bringing over 20 years of coaching experience at all levels from summer league and High School, to Collegiate and Olympic Trials Qualifiers. Prior to becoming the Coach for Broadlands, he was the Coach for the Ashburn Farm Barracudas winning 2 division championships in the 3 years he was there. He can be reached at [email protected]mteam.org

Before returning to coaching in Ashburn, Coach Kyle was the Assistant Coach at West Virginia University for 8 years.vWhile at WVU his teams had tremendous success in the water.  He coached 16 swimmers at the USA and various International Olympic Trials, 1 Mexican National Record holder, 3 NCAA All Americans, 14 Honorable Mention All-Americans and multiple conference, individual, and relay record holders and champions.

Before coaching at West Virginia University, Kyle was a standout swimmer himself.  He was a 4-year swimmer and team captain at WVU.  While there he was an All-Big East Swimmer competing in the sprint freestyle and breaststroke events as well as in multiple relays.  He graduated with a BS and MS degrees in K-12 Physical Education and Health.  Coach Kyle grew up in Sterling Park and graduated from Park View High School where he was the Loudoun County Swimmer of the year as well as a multiple time State Finalist in multiple events.

Currently Kyle is a Physical Education Teacher at Hillside Elementary School in Broadlands.  In his spare time, he enjoys playing and watching sports, traveling, cooking and spending time with his wife (Crystal), daughter (Chloe), and dog (Sugar).