The meet was a team travel meet, with everyone travelling, swimming, and eating together. The athletes travelled to Vancouver Thursday morning, and took transit to the UBC campus where they watched the U-Sports Swimming Championships (the equivalent of nationals for university swimmers in Canada). It was a great experience to see some of Canada’s fastest swimmers, including several Olympians and one former world record holder, compete in person. The swimmers also toured the UBC campus, learned about university life, and got to talk to some of the athletes competing at the meet about swimming competitively in university.

Thursday night the group took the ferry to Victoria. Friday and Saturday the athletes competed at the 1st Annual Ostara Invitational, a long course (LCM) heats and finals meet at Saanich Commonwealth Place. It was the first time competing LCM for Jaime, Brynna, Alexa, Jayden, Maddy, and Emily. Although the adjustment to fewer turns in the longer pool took some getting used to, everyone kept an open mind and gained a lot of confidence by the end of the meet. It was great to watch all the athletes step up and race after a long travel day, and they were amazing at cheering and supporting each other. The days at the meet were long with a quick turnaround between heats and finals, but the group stayed positive and everyone returned to the pool in the evening to swim finals warmup and cheer even if they were not competing in finals. It was great to see everyone bond and cheer for each other the entire weekend.

Notable swims of the meet included: 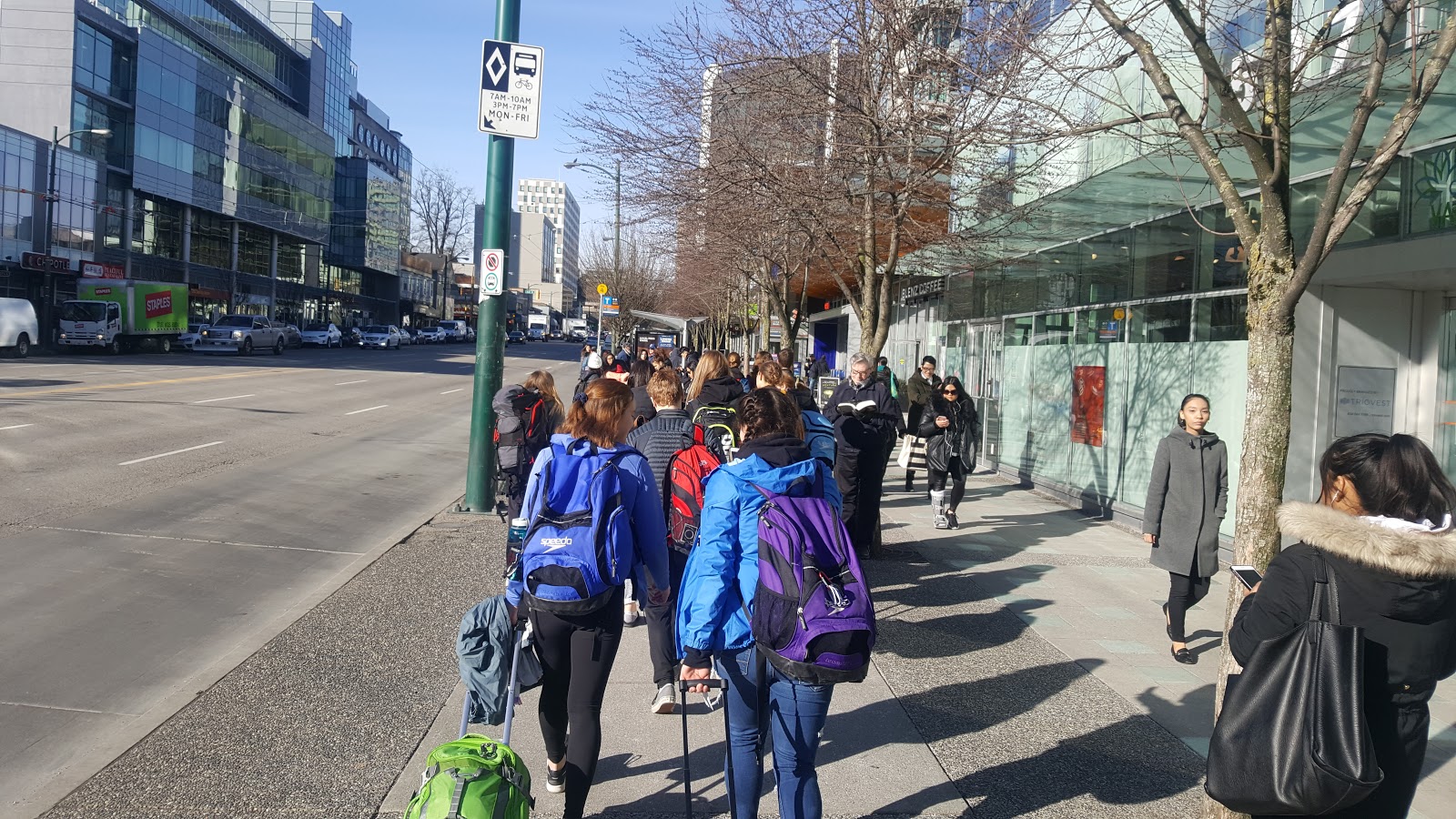 Walking to the bus in Vancouver...we travelled by plane, ferry, bus (including a double-decker one), taxi, sky train, and on foot! 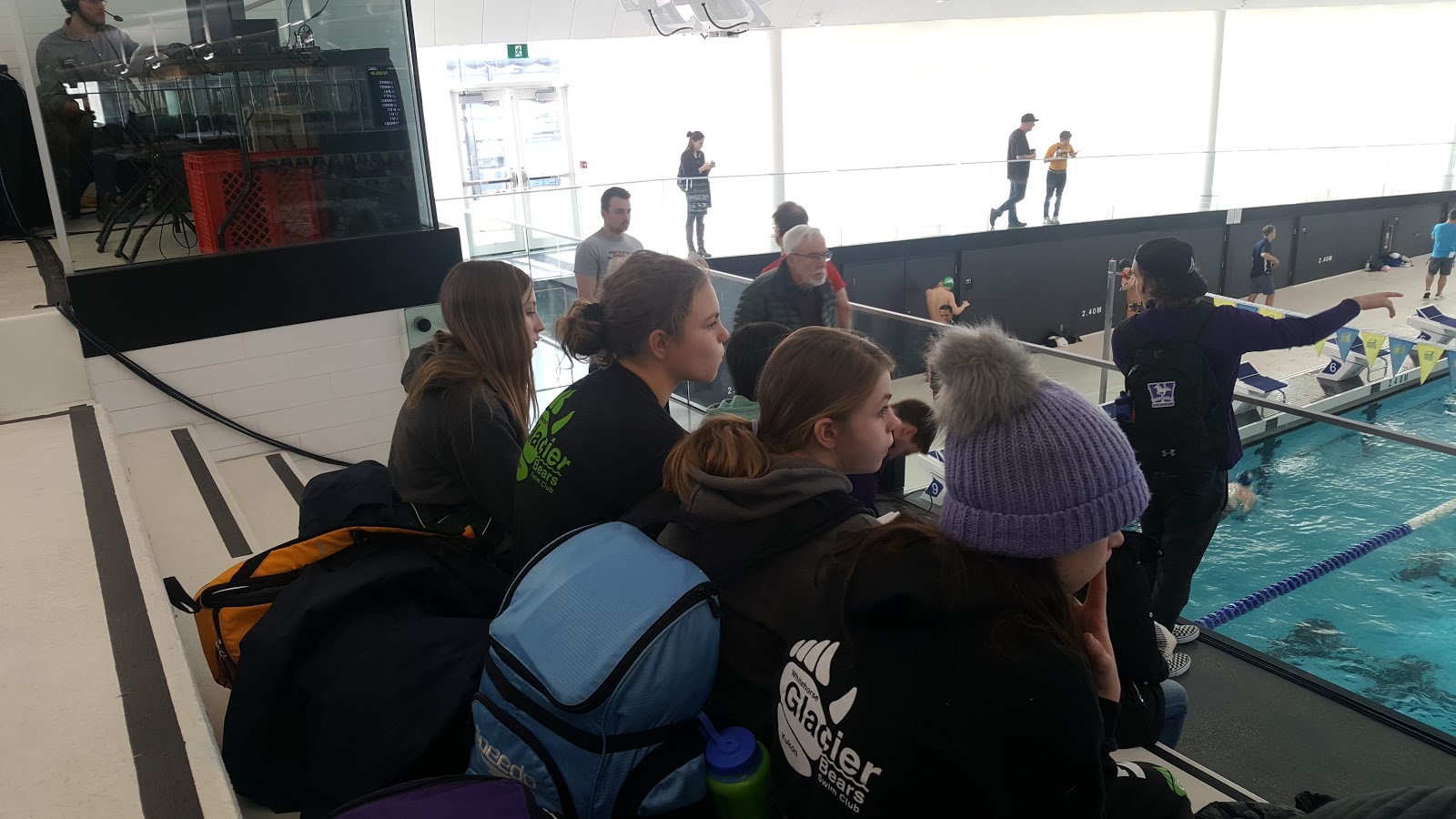 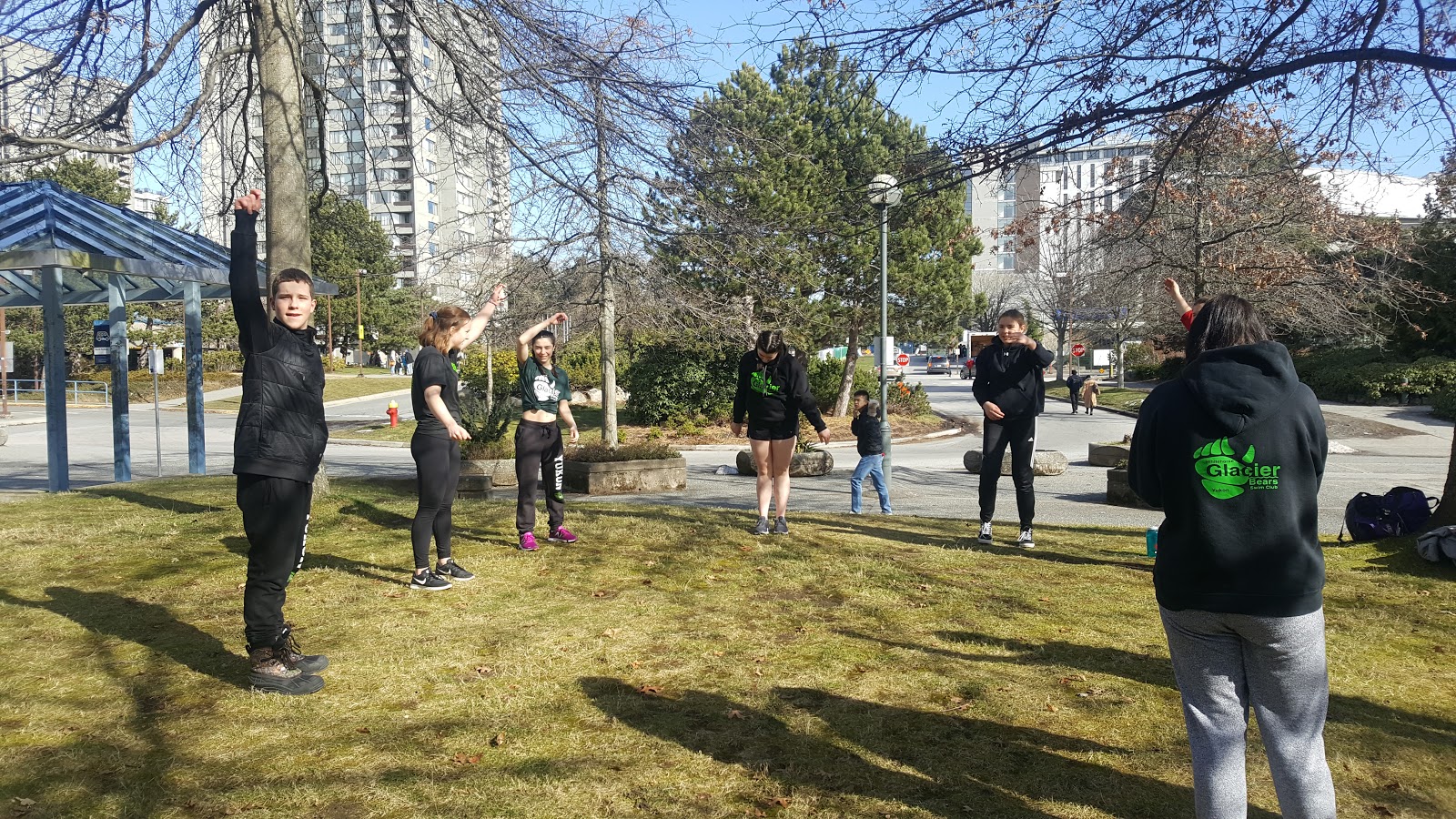 Team activation between heats and finals at UBC 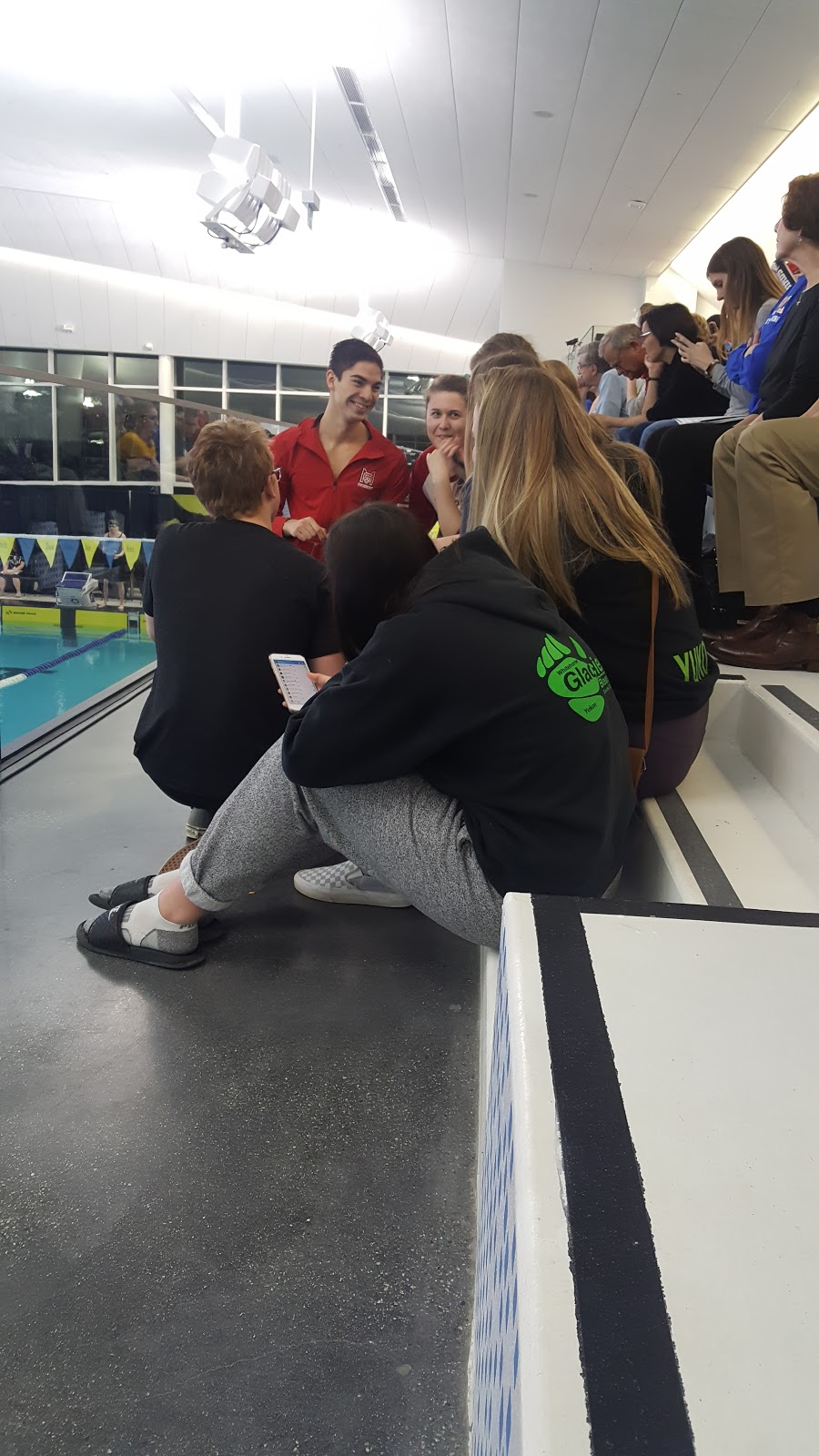 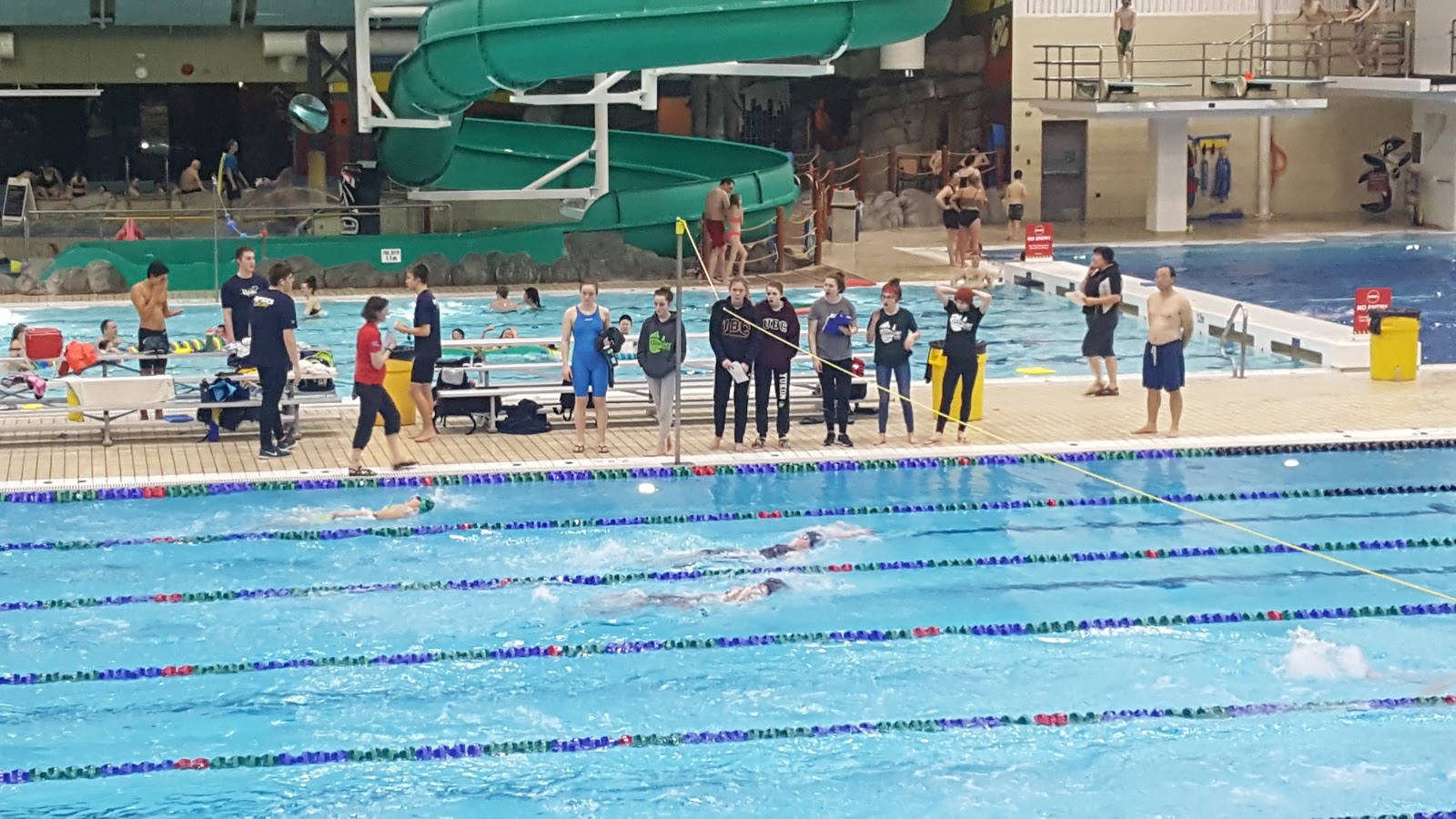 The team cheering for Kassua 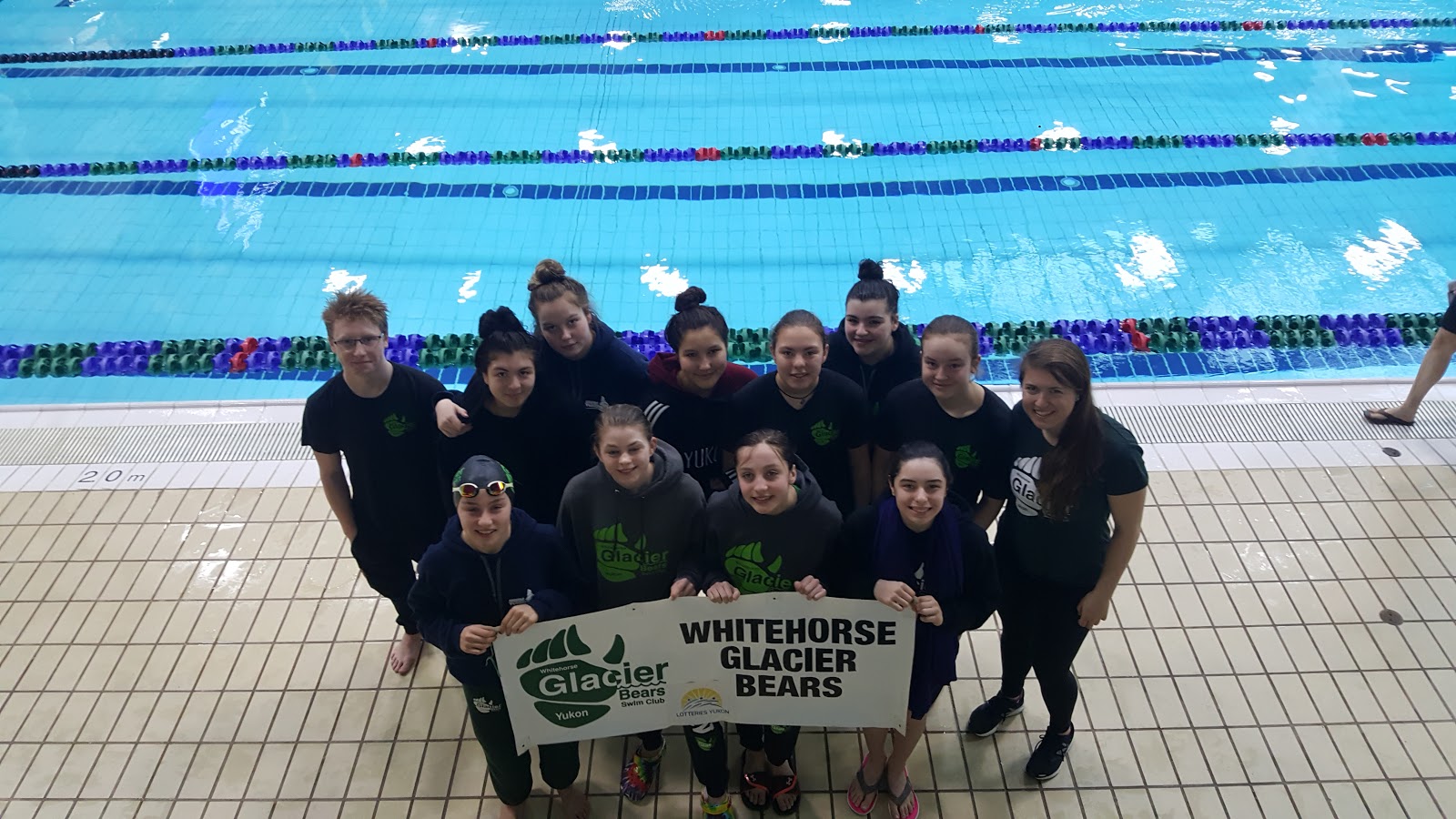