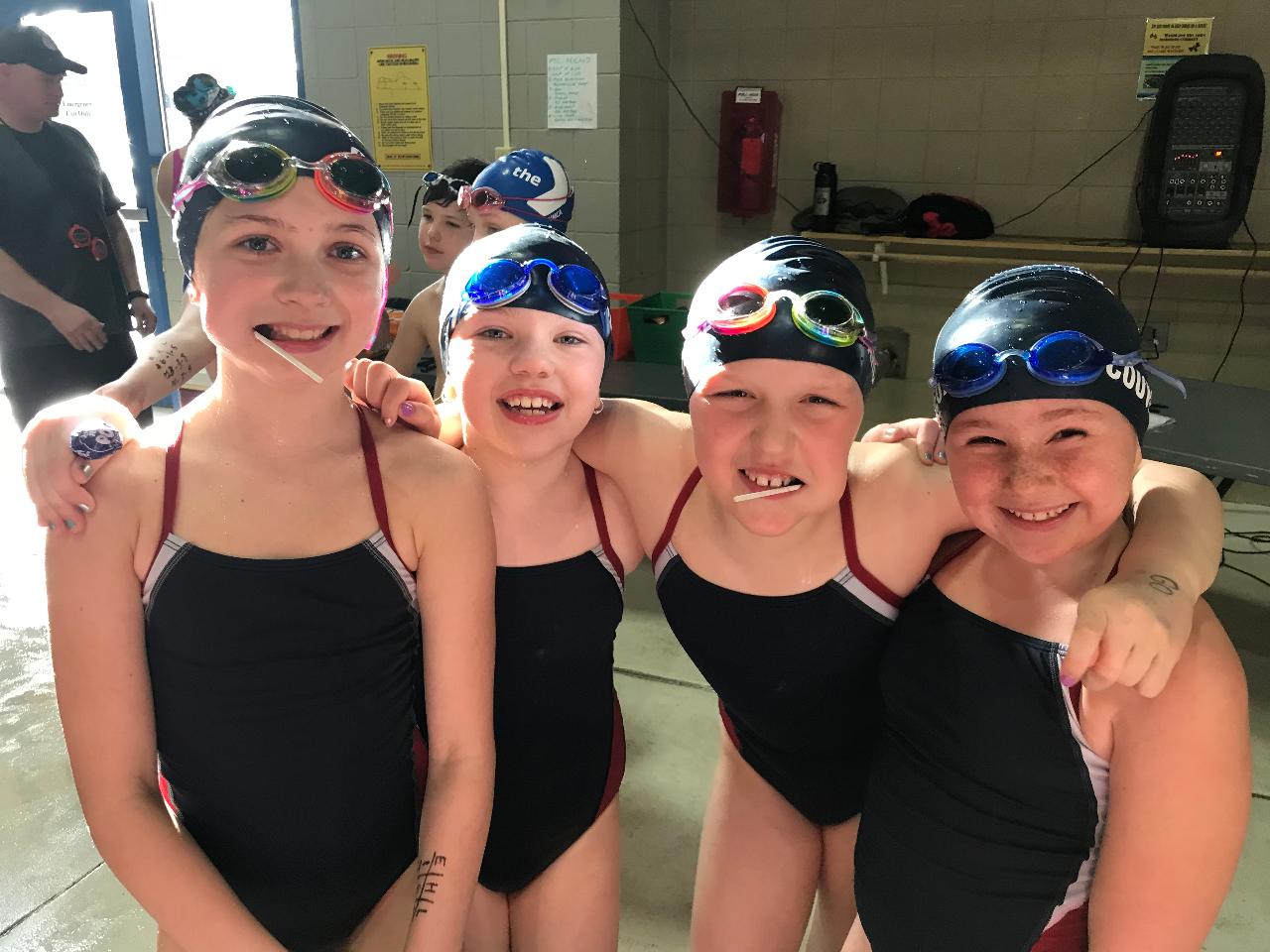 Leading the boys this past weekend were Jackson and Phoenix, each with 6/6 personal best times! Jackson dropped 5 seconds in his 500 free and 100 IM, and scored points in all his events to round out his season, while Phoenix swam two new events and dropped a whopping 10 seconds in his 100 IM. Leading the girls were Emma with 4 best times, which included 5 second drops in both the 100 backstroke and 200 backstroke events, Willow who won 4 events and did a best time in the 200 free, and Skyla who swam the 200 fly for the first time and won that event along with taking first in the 200 free. Great job to our leaders of the flock!