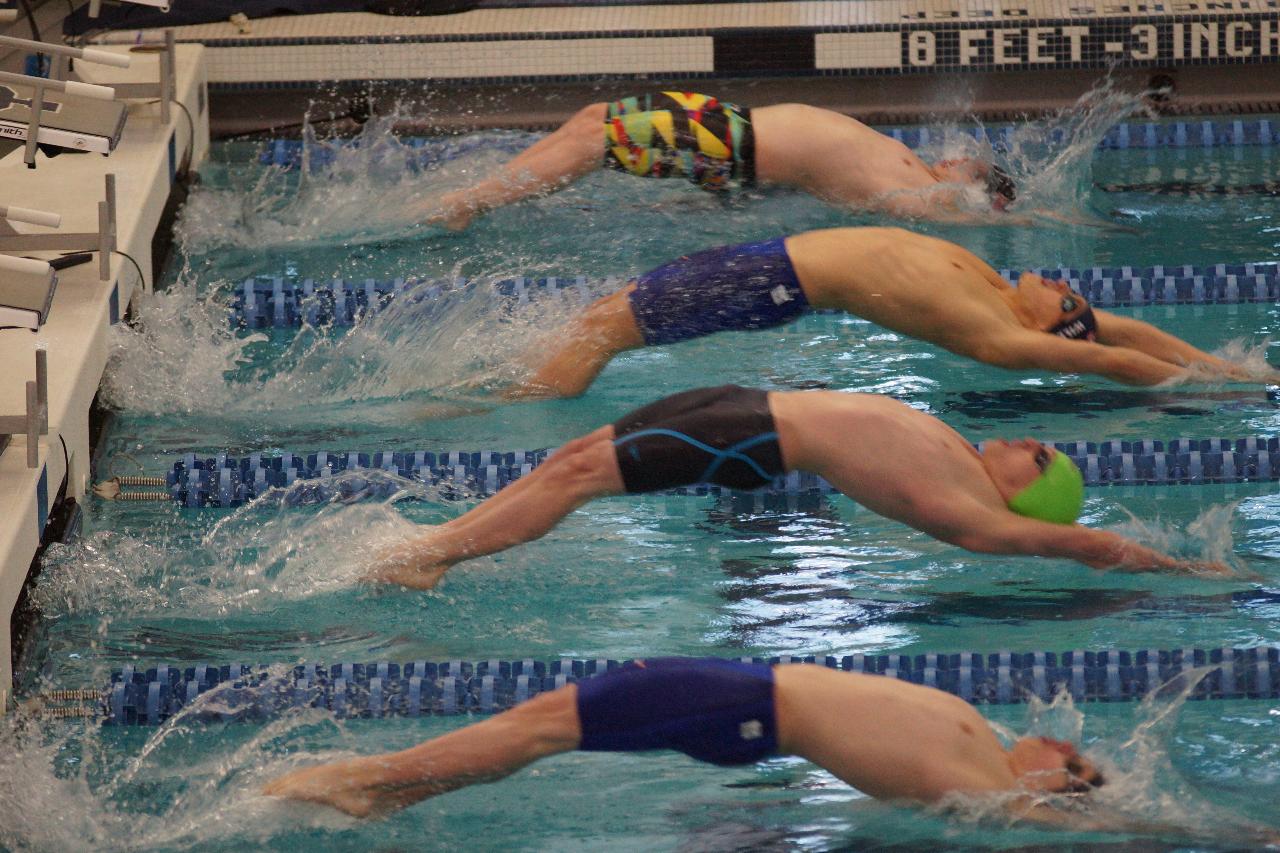 Before we break things down let me explain just exactly what EZ Speedo Sectionals North is. There are a handful of Sectionals meets around the country, ours just happens to be the Eastern Zone North section. This zone consists of clubs from Ohio, Virginia, Pennsylvania, NY, NJ and all of New England. A large area with some pretty fast swimmers. Many of them already committed to major universities. In order to get to this meet and many other national meets like it, Joleigh, Caine, Sam, Aidan & Ben all had to meet the qualifying time standards which they did throughout the season.

For the whole weekend Joleigh swam in 5 events. The 100 breast was her first event where I previously mentioned that she had a great swim and finished 28th overall. She also swam the 100 Fly, 50 Free, 200 Breast & 200 IM. Joleigh did not make any of the finals in these other events. This was a whole new game for her with competition far superior to anything she has ever swam against. If nothing else it was great experience for Jo so she now knows what she needs to do to get to that next level.

Caine Taft swam in four individual events, the 200 Free, 100 Breast, 50 Free & 100 Free. Caine did not have the weekend he was hoping for. It is so hard to hold a taper for some kids and Caine started his way back during varsity sectionals in February. Caine always shows up though and give it his all, especially in the relays.

Sam Matthews competed in five individual events, the 200 Free, 100 Fly, 200 Fly, 50 Free & 100 Free. Sam made it into either the B,C or D finals in all of his events but the 200 Free. Sam had some great swims dropping time in a few events and adding in others. Sams best finish came in the 200 Fly where he placed 18th overall. Sam also swam in a 100 Back Time Trial where he dropped almost 4 seconds for a new PR.

Aidan had one controversial weekend. Aidan also swam in five individual events, 200 Free, 100 Breast, 500 Free, 200 Breast & 200 IM. As I mentioned Friday Aidan swam a great 200 Free in the finals with a new PR of 1:43.80 and finished 22nd. In the 100 Breast he pulled off a 4th place finish but added just a little time. In the 500 Free finals Aidan’s arm cramped up and he fell way off pace but still finished 18th overall. His prelim 500 was a beautiful swim. The 200 Breast is where the fireworks went off. The official that was watching his lane did not like the way he was coming into the wall and dq’d him. She said he was not touch simultaneously with his hands. We think the problem is that he touches so fast it just looked like he was touching wrong. Had he not been dq’d he would have finished 3rd with a new PR. Was very heart breaking. Aidan also swam the 200 IM where he finished 21st with a time that was very close to his best time. And of course he had that same official who did not dq him but was still questioning his turn. Poor kid had a target on his back.

Now to the relays where Ben, Aidan, Sam & Caine work so well together. We joke about how good these four country boys are that give the big city kids all they can handle.

The 200 Med Relay was first where, had it not been for the officials again, the boys would have taken 5th. Again they picked on Aidan not liking his breaststroke turn. Regardless, it was a great swim for our boys. The four also swam in the 400 Free Relay where they pulled out an impressive 15th place finish and then followed that performance with an outstanding 8th place finish in the 200 Free Relay.

The foursome wrapped up their weekend with and amazing 400 Med Relay (they left Aidan alone this time) finishing in 4th place with Caine Taft holding off a late charge by a team from New Jersey.

When team points were announced our five small town swimmers were 17th out of over 60 clubs and when they broke down Mens & Womens points the group of Sam, Caine, Aidan & Ben finished 10th overall for the men.