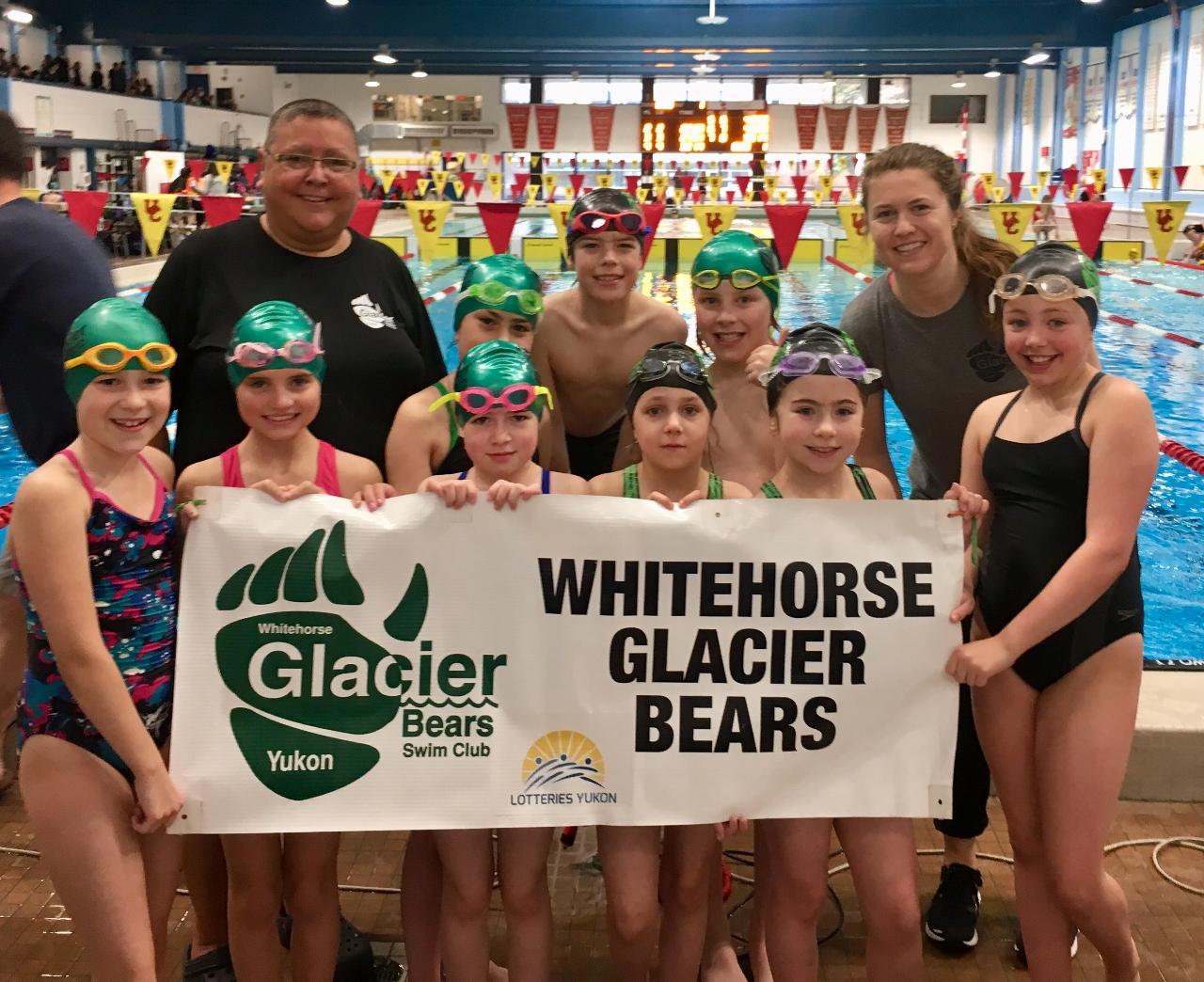 For many athletes, it was their first meet outside of Whitehorse and for some it was their first swimming competition ever. The world can seem a little bigger when your 8 or 9 and travelling to a swim meet for the first time ever!  You swim in new pool that is not like the one you swam in at home. At home people are familiar and in Calgary it was very unfamiliar, but the athletes took it all in stride.

The coaches are very proud of every swimmer for being great ambassadors of the Glacier Bears. All swimmers swam their hearts out and achieved personal best times in many of their events. It was a joy to see them have fun and supporting each other in between the races.  There was always a smile on their faces.  When they were not smiling because a race did not go as they wanted it to, they were supported by their teammates, coaches, and parent volunteers. Glacier Bear swimmers were very supportive and sportsmanlike, taking the time to say thank you, high-five their competitors after races, and clean up our team area at the end of the day.

Everyone at the meet successfully accomplished something that they had never done before - whether it was their first swim meet ever, diving off the blocks for the first time, trying a new event or stroke, or simply getting a new personal best in a race, all of the athletes stepped up to the challenges that they were faced with. The coaches were very impressed with the focus and attention to detail that the swimmers had in their races - out of over 150 races over the weekend, there were only seven disqualifications.

All swimmers earned at least one best time, but those with 100% best times were:

Swimmers who scored points by placing in the top 8 in one or more races were:

Dino Cup was a very successful meet! Everyone learned a lot, raced hard, and had a lot of fun. Hope to see everyone back next year!