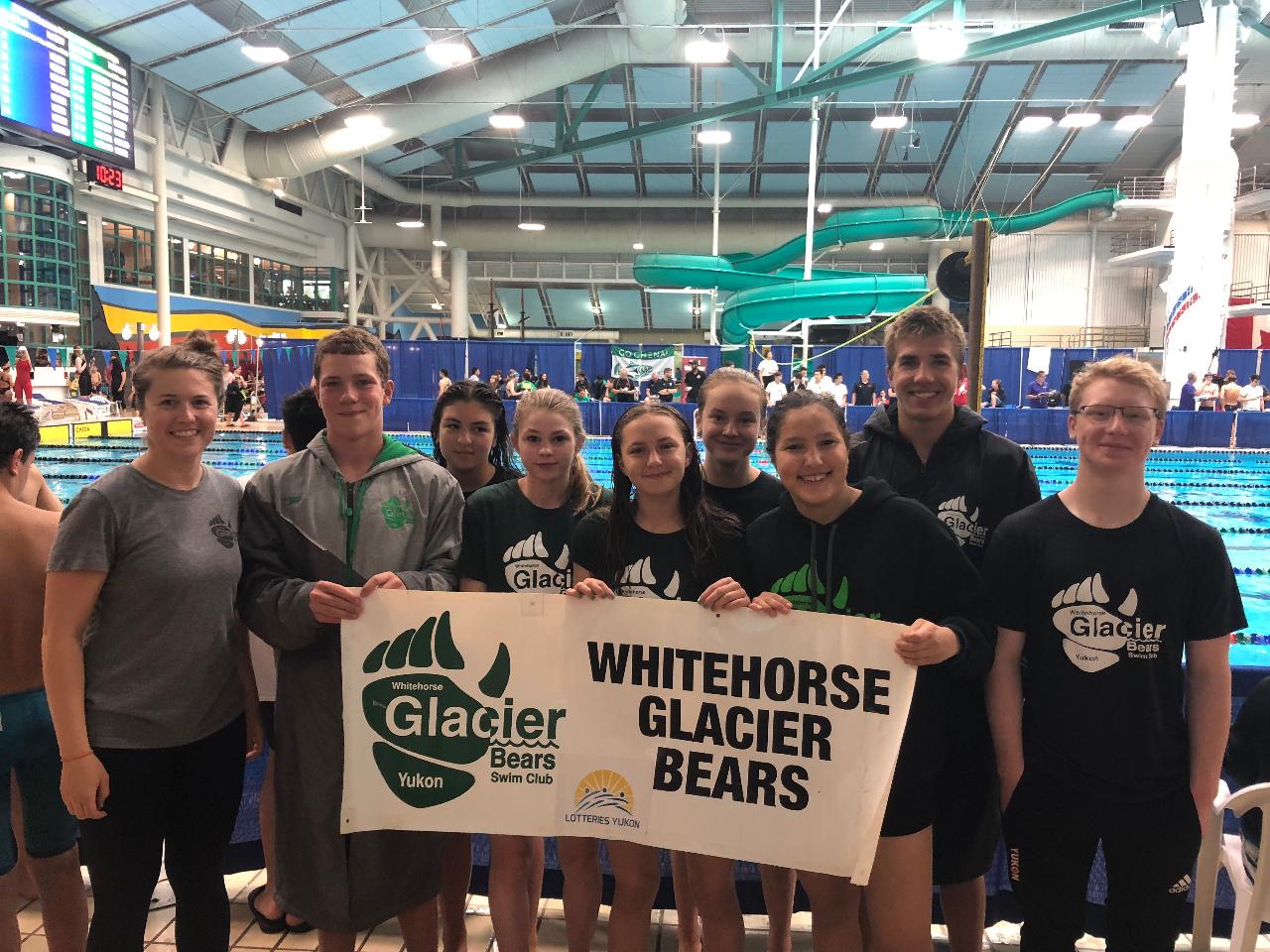 The Whitehorse Glacier Bears sent eight swimmers to the Summer Provincial Championships (formerly Tier 2), which took place July 4-7th at the Saanich Commonwealth Place Pool. It was great to see the swimmers step up and test themselves against the best in the province. The team has improved greatly over the year in managing themselves physically at competitions, as well as building mental resilience to bounce back and race hard in tough situations. One of the best parts was having most swimmers come back for finals to cheer on their teammates. They were also able to watch some of the best in the province race (including a few olympians) and learn from their technique and race strategy.

The mixed medley relays were some of the most exciting racing of the meet, as teams compete with two male and two female swimmers per team. Teams choose the order of their swimmers as part of their race strategy, so there is a lot of passing and racing as male and female swimmers are in the water at the same time. Both WGB mixed teams raced very well, winning their heats and moving up in the rankings.

Swimmers placing in the top 16 of morning preliminaries earned a chance to race again in evening finals. Finalists from WGB included :

The BC P rovincial Open Water Championships took place at Thetis Lake on Monday July 8th following the pool portion of provincials. Emily Vangel and Kassua Dreyer represented WGB in the 14 & under girls category, racing the 3 km distance. Both swimmers had excellent races, executing starts, turns, and race strategy well. Emily finished 10th in her first ever open water race. Kassua was in a very close race most of the way and took home a bronze medal!

Overall it was a great meet and the athletes represented WGB well. Next year our team hopes to have more swimmers qualify and more finalists at the meet.