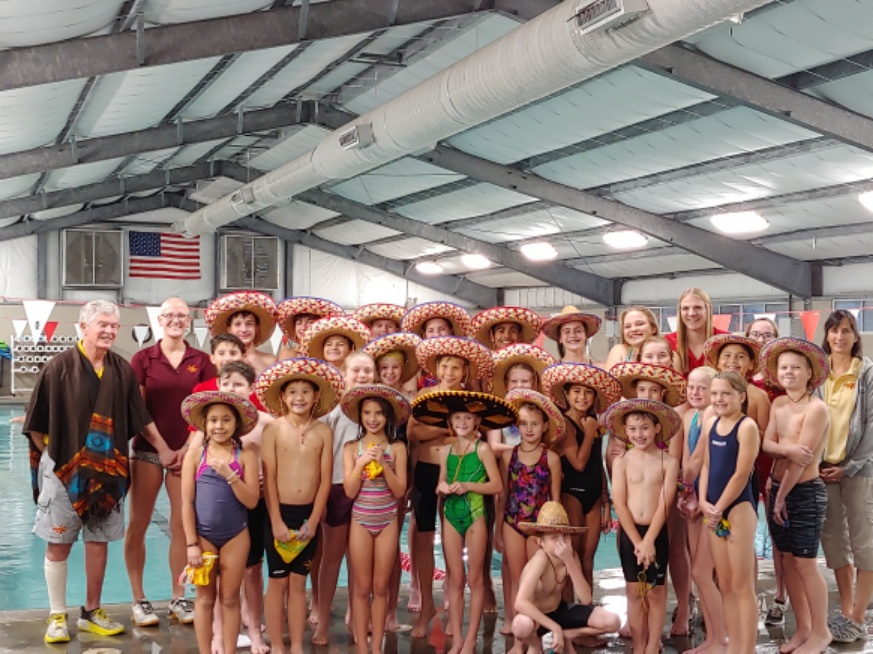 The local HOT (Heart of Texas Swim Team) was named winner of the “Sombrero Dos” swim meet held at the University of Incarnate Word in San Antonio on November 9th through November 11th, 2019.   Sixteen swimmers from HOT competed against 392 athletes from 17 south Texas teams on a ‘level playing field’ which computed the number of PBT’s (Personal Best Times) divided by the total number of swims. Each Team that compete in this three-meet series have an equal chance of winning. Each swimmer must beat their own PBT record and do so without any technical disqualifications.   The HOT team had the highest ‘raw’ score of 75% and when adjusted for ‘first-time’ swims, scored 85% Best Times overall. The coveted “Traveling Sombrero” will reside with the local Team until the final Championship meet in April 2020.

The following results were reported to the USASwimming National data-base for this sanctioned meet:

(The coach reported the top eight places and the number of ‘Personal Best Times’ for each swimmer for the sake of brevity.)

Delaney Bedford (13) reduced her times in six of seven events.

Rory Bedford (11) swam PBT’s in six out of seven events.

Elijah Junker (14) swam four out of five events with PBT’s.

“Our local team established a Team goal of winning the “Travelling Sombrero” at the start of this season.   Our coaches and team leaders have focused on perfecting techniques. We started the Series this year with a strong second place, but we have advanced to 85% at the second meet of the series.   The goal now is to work with ‘laser-tight’ focus to improve all details for all our swimmers before the Series Championship” Coach Al Carr concluded.